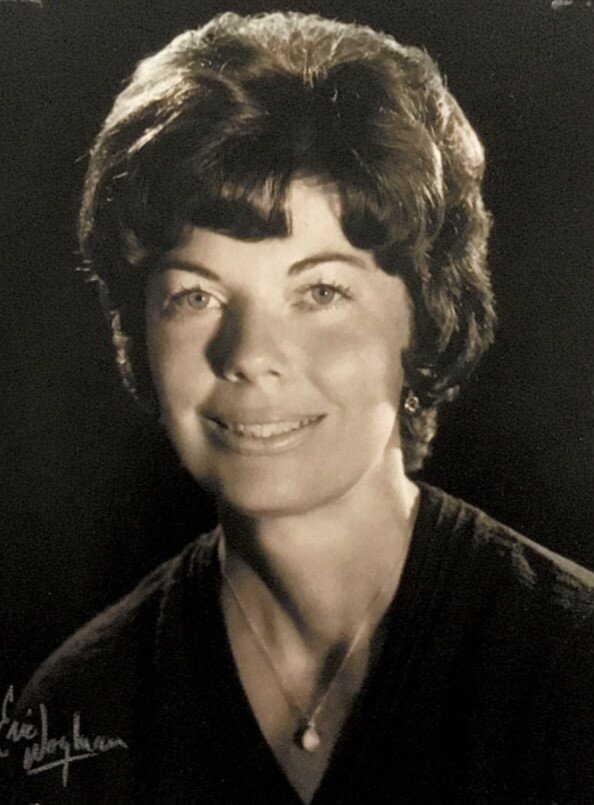 Rita M. Anderson (nee Tallman) of Stony Point—formerly of Pearl River—passed away on August 8th, 2022 peacefully at home, with her beloved family by her bedside. She was 88 years old. Rita was born in Nyack Hospital on July 16th, 1934 to Irene Murray and Edward Tallman. Rita lived in Pearl River for 20 years, graduating from Pearl River High School Class of 1952 and went on to pursue a nursing career at Lenox Hill Hospital in New York City, graduating in 1955. In 1954 she married the love of her life and best friend, Richard R. Anderson –they were married for 68 years. In 1994, Rita retired from her fulfilling career in nursing from the Robert L. Yeager Health Center in Pomona, New York. In retirement, Rita enjoyed making wonderful friends through the Stony Point Seniors. She especially loved traveling over the years with her husband, Dick—the two of them visited all 50 states during their travels. Rita and Dick also enjoyed many winters in their North Port, Florida home. Most of all, Rita loved spending time with her family and watching her grandchildren and great-grandchildren grow. Rita was the dearest wife of Richard R. Anderson; beloved mother of William E. Anderson of North Port Florida and Michael J. Anderson and his wife Jo Anne of Lewes, Delaware; loving grandmother of Michael J. Anderson Jr. and his wife Joelle of Cornwall, New York, Morgan Anderson and her husband Gabriel Keehn of Cedar Falls, Iowa, and Joshua Anderson and wife Ashley of Garnerville, New York; adoring great-grandmother of Michael, Andrew, Alyssa, and Luke. Rita is also survived by her beloved sister, Ann, and brother-in-law Benny Bartlomiejczyk of Hawley, Pennsylvania. She is survived also by her dear nieces Kathy Barone and Terri Dedinsky, and their husbands Greg and Ron. In celebrating Rita’s life, her family acknowledges that she touched the hearts and lives of too many to name here. She will be widely and deeply missed.

Share Your Memory of
Rita
Upload Your Memory View All Memories
Be the first to upload a memory!
Share A Memory