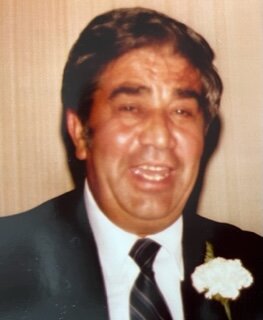 Born on 1 April 1931 in San Piero Patti, Province of Messina, Sicily, Rosario's parents were Giuseppe and Santa Pintaudi.  He was one of five children with two brothers and two sisters. At age 24 Rosario came to the Americas, initially Canada and then eventually to Johnstown, PA where in 1957 he married his childhood sweetheart, Catena Scaglione.  They started their family in West Haverstraw, NY and then moved to Stony Point, NY in 1971.

An avid gardener, Rosario relaxed by spending many hours growing a large vegetable garden and on his retirement spent most of his winters in the warm Florida sunshine.  Rosario and Catena traveled extensively including trips to Hawaii, Japan, and the Philippines.  He enjoyed his daily glass of wine with lunch, keeping up with the news by reading the newspaper, and watching the Yankees.

He is survived by his wife of 65 years, Catena, son Joe and daughter-in-law Ginger from Arizona, daughter Rose and son-in-law Eugene Jones from Nyack, NY and daughter Jeanie from Suffern, NY.  His grandchildren are Alexandra (Josh Haggard), Joseph Pintaudi (Brittany) and James Pintaudi, and three great grandchildren, all from Arizona.   His sisters Carmela Pintabona and Rita Caffarelli reside in Italy, his sister-in-law Angela D'Assisi resides in West Haverstraw, NY, sister-in-law Maria Scaglione resides in Garnerville, NY, sister-in-law Lina Pintaudi resides in San Piero Patti, Sicily, and brother-in-law Francesco Scaglione resides in Florida. He has numerous nieces, nephews, and cousins in both the United States and Italy.

He is predeceased by his parents, brothers Oracio and Peppino, his parents- in-laws Carmelo and Rose Scaglione, and brothers-in-law Carmelo D'Assisi, Tindaro Scaglione,and Giuseppe Pintabona.

Rosario’s Mass of Christian Burial will be held on Friday 18 February 2022 at 11:00 AM in Saint Gregory Barbarigo Church in Garnerville, followed by the interment at Saint Peter’s Cemetery, West Haverstraw.

To send flowers to the family or plant a tree in memory of Rosario Pintaudi, please visit Tribute Store
Friday
18
February

Share Your Memory of
Rosario
Upload Your Memory View All Memories
Be the first to upload a memory!
Share A Memory
Send Flowers