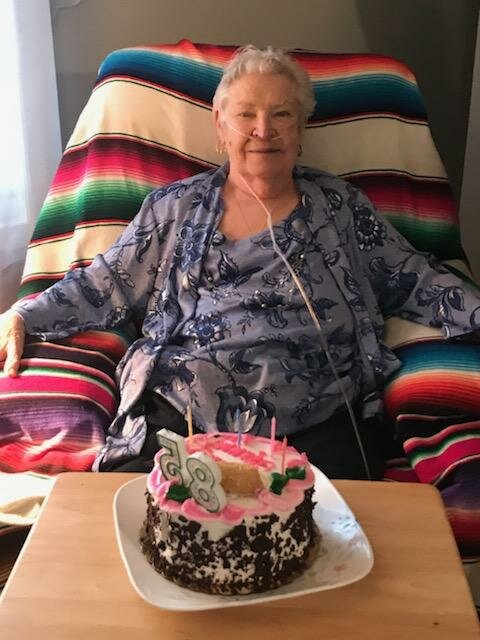 Helen grew up in Inwood, attended Good Shepard Catholic School, and then graduated from Cathedral High School.  She married her sweetheart, John, in Good Shepard Church in 1957.

Helen and John moved from the Bronx with their four children to Samsondale in West Haverstraw, NY, in 1969.  They always felt thankful that they were so blessed to have such a wonderful life.

Every summer, they would rent a house in Wildwood Crest and open it up to their children, grandchildren and their grandchildren’s friends.  It was often crowded but always fun!

Helen also enjoyed traveling with John and many of their friends.  They had a good time taking cruises and trips to New Orleans, San Francisco and as well as places like Cape Cod and Cape May.

Helen was best known for her great sense of humor and her ability to calmly handle whatever challenges came her way.

Helen was preceded by her parents and her grandbabies, Thomas Considine and Nicole Lavelle.  Also waiting to welcome her to Heaven were her brother, James Wall and his wife, Peggy; along with her brothers and sisters-in-law, Patricia and John Fallon, Joseph and Joan Lavelle, and Robert Lavelle.

Helen is survived by her husband, John, and their children and their spouses:  Lu-Anne and Thomas Considine, James and Laraine Lavelle, Jack and Mary Beth Lavelle, and Michael and Denise Lavelle.

She was thrilled to be a Great Grammy to:  Anthony and Adrianna Fani, Joey Faust, Nolan and Lucy Smith, and was looking forward to the birth of Tyler McArdle this May.

We are all heartbroken to say good-bye, but happy Grammy is at peace.

Share Your Memory of
Helen
Upload Your Memory View All Memories
Be the first to upload a memory!
Share A Memory