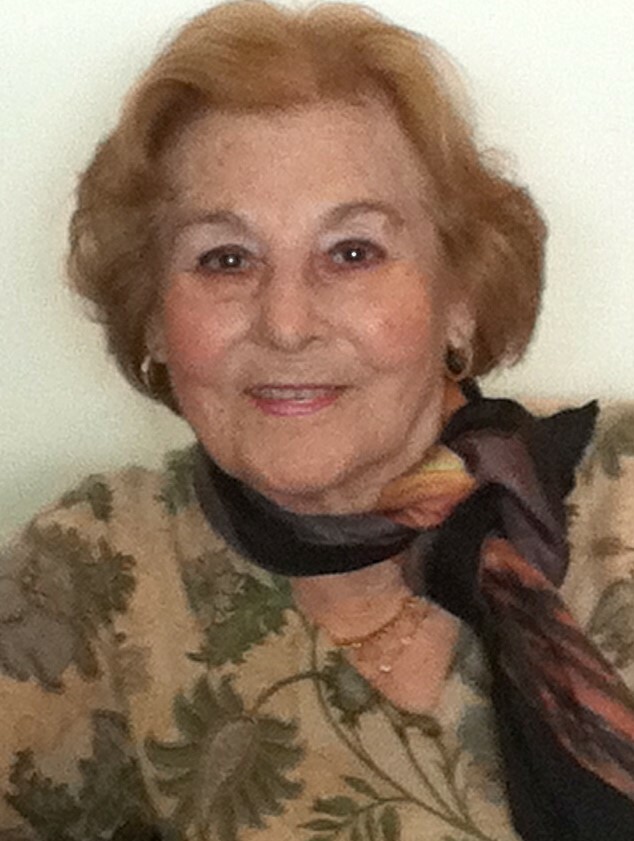 Giuseppina (Pina) Bertolino, 95, passed away peacefully with her children, David, Billy and Sandra, at her side on November 1, 2021. She was born on March 19, 1926, in Vittoria, Sicily, Italy

Pina married Frank Bertolino on January 15, 1949 in Vittoria, Italy near their childhood homes.

They initially moved to Marseille, France to await immigration to the US. Now expecting their first child they returned to Sicily.

Once David was born in Sicily, Frank immigrated to the United States to set up a home for his young family. Pina and David (18 months) arrived on the Cristoforo Columbo in 1951 and they all settled in West Haverstraw (NY). They were greeted by many Bertolino family members and in 1952 they welcomed their son William. In 1961, with the help of family and friends they built their new home around the corner from the family. In 1964, they were blessed/surprised by the birth of their third child: Sandra!

Frank passed away on March 6, 1975, shortly after heart surgery. David, Billy and Sandra were Pina’s life, always moving the family forward to succeed in life, and she was a big proponent of higher education.  Pina was trained as a seamstress in Italy and brought her talents with her. She was the original “Fashionista” and would be for her entire life. She put her sewing machine to work and created dresses and jackets for herself, her nieces, her sister in law Jane and her daughter Sandra -- and everyone was impressed with her sense of style.

She worked as a seamstress for many years in the factories of Haverstraw. In later years after her loss she worked at local dry cleaners as a seamstress, to supplement income. She  worked, and retired from Rockland Psychiatric Center.  She worked in many areas of the hospital. Kitchen staff, seamstress, and worked herself up to an Occupational Therapy Aide in the workshop where she trained clients to package materials and gain employment.

Pina brought her mother to the United States to live with the family after her father died in a motorcycle accident.  Her mother lived the rest of her life with Pina. Pina is predeceased by her brother, Robert Monteforte; her life long friend, Isabella Casella and her husband Tino; her travel companion Joe Bartolino, and many wonderful family members and friends. They are reunited in Heaven, which probably looks a lot like the Italian American Club that they all helped build in West Haverstraw.

Pina’s life in Italy was fractured by WWII. She loved Sicily. During the war her family left Sicily and lived in several places in North Africa: Algiers, Tunisia, and Benghazi. They returned to Sicily when she was a teenager and she never wanted to leave again. She then met Frank Bertolino who knew that it would be difficult to thrive in Italy after the war. He had a dream that included America and they were married when she took the leap along with many members of the Bertolino family, settling in West Haverstraw. The transplants soon grew deep roots and the Bertolino family expanded in the area.

Pina enjoyed cooking and traveling. She made time for long trips back to Italy, the last one with her daughter Sandra and her grandson Nick where she spent time with her sister Anna and her nieces. She cruised to Alaska and the Bahamas and spent quality time with her children and grandchildren on vacations to St. Augustine (FL), Cape Cod (MA), Maryland, Sunset Beach (NC) and Old Forge (NY).

Pina loved to cook her pasta and sauce; chicken cutlets and all the fishes at Christmas. She bottled her own tomato sauce every fall and passed down her love for cooking to any of her family and friends who wanted to join in the preparations for any holiday meal. Pina lived in her West Haverstraw home until she went to Heaven.

All visitors must wear masks regardless of their vaccination status.

In lieu of flowers, family and friends are invited to donate to United Hospice of Rockland (Nyack, NY) or a charity of their choice. Pina always found a way to donate to St. Jude’s Children Research Hospital  (TN).

Share Your Memory of
Josephine
Upload Your Memory View All Memories
Be the first to upload a memory!
Share A Memory