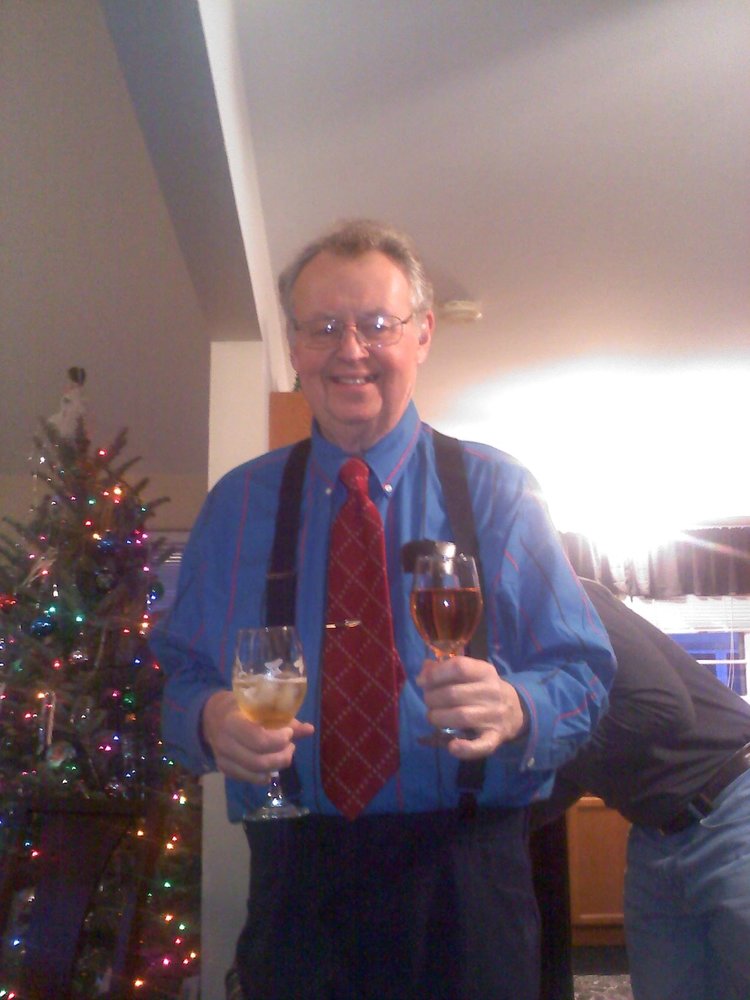 John Scott Hess, born November 15, 1938 passed away at 82 on January 26, 2021.  Originally of Yonkers, NY, residing in West Haverstraw He is dead, he is no more, deceased, expired, checked out.  “Jackie” was born to John S. Hess Sr and Janet Driscoll in Yonkers, NY on November 15, 1938.  Touted as the largest baby born in NY of that year at over 13lbs, hence he was an only child.  Who could blame his mother!

Jack passed peacefully at home with his family after a full body massage and some soup.  If only we all go out like he did….

To quote Winston Churchill, “He was a riddle, wrapped in a mystery, inside an enigma.”  Being born during the Great Depression and living through WWII, the passion for being self-sufficient was carried throughout his whole life.  He started his first job working as a shoe shine at the age of 10.  We cannot list all of his jobs throughout the years but he spent 31 years at the Herald Statesmen Newspaper, 10 years at the Yeager Health Center, as a security guard at Tilcon, Shemin Nurseries, Bear Mountain, Tower Records and North Rockland High School.  He worked at the Hess gas station in West Haverstraw and as a bus driver/aide at Velcoach.

He served in the US Army where he proudly told me that his waist was so small that his army issued belt wrapped twice around him.

Jack was renowned for his quick wit and sarcastic humor.  He shared words of encouragement, wisdom and the struggles of life that we would face with his own twist and personal experiences.  He was a master of quotes from Abbott & Costello, Mel Brooks and classic 80s movies to television series like Frasier and Seinfeld… ”Serenity Now!”

Everywhere he went you would hear someone call out “Jack!”   He was a popular guy and made friends easily.  He could talk to a stranger for hours.  Jack was and will always be one whose individual presence left an impact in the lives of others whether great or small.  He enjoyed going out to eat, especially at his favorite diner, Hogan’s.  He liked to listen to 80s music and the Beach Boys.  He enjoyed his movies, from comedies and dramas to WWII documentaries.  He was an avid reader, usually reading several different books at a time stacked next to his chair.  He was generous as long as you listened to his speeches on repeat.  He loved animals and adopted many over the years.  He treated them to McDonalds and anything he was eating that day.  He liked cheap beer, Port wine, pickles, liverwurst, seafood, coleslaw, ginger ale and most importantly, SOUP!

He leaves behind his wife Vera after 46 years, his daughters, April & Vera, a son, Bryan and six grandchildren, Nina, Eden, Wynter, Fallynn, Connor and Dylan, his unofficial adopted daughter Vera and his beloved dog, Charlie Brown.

In loving memory of a son, father, husband, grandfather and friend.  He shall be missed.

In lieu of flowers please make donations in Jack’s name to the Hi-Tor Animal Shelter in Pomona, NY.

To send flowers to the family or plant a tree in memory of John Hess, please visit Tribute Store