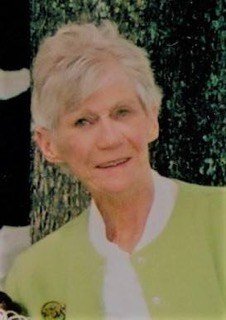 Mary T. Porette, of Stony Point, N.Y., originally from Bronx, N.Y., passed away peacefully, surrounded by family on January 26th, 2020. She was born on May 12, 1927 to John and Maryellen (Sullivan) O'Connor.  Mary is predeceased by the love of her life, George Porette, whom she married on December 8th, 1951 in the Bronx.  Mary worked for 15 years at Westchester Day Care Center in the Bronx. She was an avid reader, known for her love of crossword puzzles and Scrabble.  Mary was very strong in her Catholic faith.  Her favorite places to be were the Jersey Shore or anywhere her children and grandchildren were. She was most proud of her Irish heritage and large Irish family.

The family will receive relatives and friends on Tuesday January 28th, 2020 from 3pm to 8 pm at T.J. McGowan and Sons Funeral Home. Located at 71 North Central Highway, Garnerville, NY 10923.  Mass of Christian burial will take place on Wednesday January 29th, 2020 at  11 am at St. Gregory Barbarigo Church in Garnerville, NY with Interment to follow at Ascension Cemetery in Airmont, NY.  In lieu of flowers, if anyone is interested in making a donation, it can be made in Mary's memory to United Hospice of Rockland, 11 Slocum Lane, New City, NY 10956

Share Your Memory of
Mary
Upload Your Memory View All Memories
Be the first to upload a memory!
Share A Memory
Send Flowers