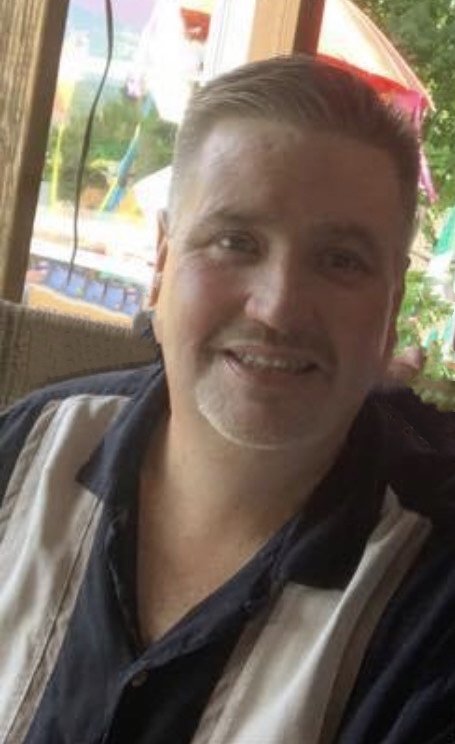 Obituary of Michael A O’Hara

Michael A. O’Hara, Sr., 48, passed away peacefully with his wife Susan at his side on January 15, 2020 after an 18 month battle with pancreatic cancer. He was born on August 20, 1971.
Mike leaves behind his wife, Susan (Crapanzano). The two were married on November 26, 1999. He was predeceased by his parents Richard and Jo Ann and his father-in-law Vincent Crapanzano, Sr. Mike is survived by Julianne, Michael, Jr., and Alexis, all at home.
He leaves behind his brother Pat and Gina (New City, NY); and brother Richard (Stony Point, NY); and his sister Caitlin (Stony Point, NY); and many O’Hara and Anderson relatives.
He leaves behind his mother-in-law Gloria Crapanzano (Stony Point, NY). He was loved by his sister-in-law Diane and husband George Wanamaker; brother-in-law Joseph and wife Sally Crapanzano; brother-in-law Vincent and wife Sandra Crapanzano; and
brother-in-law Thomas Crapanzano.
He also leaves behind his loving nieces and nephews: Isabella and Grace O’Hara; Stephen Crapanzano, Kristina Bitts and R.J. Arana; Jennifer Gamerman and Kristen Wanamaker; Anna and Joseph Crapanzano, Jr; Daniel, Isabella and Nick Crapanzano; and his two dogs Josie and Lucy. Michael leaves behind his many aunts, uncles, and cousins Kevin and Thomas Lind and Jay O’Hara along with lifelong friends who will truly miss him.
Because of his illness, Mike was disabled and retired from the Local Union 3 International Brotherhood of Electrical Workers. He had many brothers on the job and many friends in the community. He left this world with his brothers and best friends visiting him daily and even on his last day. They all regaled stories about Mike’s exploits on the golf links; at the card table; and with family and friends. He enjoyed cooking for his family and friends and would watch a cooking show and then prepare that meal later in the week.

His favorite stories were about his children Jules, Mike, and Lex -- the three apples of his eye. He enjoyed golfing and spending time with his good friends. If you knew Mike, you were his good friend.
Mike grew up in Stony Point and graduated from St. Joseph’s Regional High School (NJ). Mike played organized basketball and baseball and every neighborhood sport growing up. He became an avid golfer and played while a student at SUNY Rockland. He studied business at Iona College in the early 1990s as well and was a member of the Zeta Kappa Chi (ZKX) Fraternity. He started with the IBEW Local 3 in 1994 and worked as an electrician on bridges, tunnels, and building projects throughout the New York City area. He worked at the Jacob Javits Center and Madison Square Garden on various assignments as well during his career.
Mike’s battle with cancer brought the best out in the community with many friends and strangers donating to the Go Fund Me pages set up by others. He was humbled and grateful to all those that supported his struggles and his family. More than 400 family and friends attended early fundraisers organized by the IBEW at Clyde Fraziers (NYC) and at Kruckers (Pomona, NY) and all that early support surprised only him -- everyone who knew him loved him. He will be forever thankful and left knowing the Stony Point and IBEW community had his back.
There will be a viewing at McGowan Sons Funeral Home, 71 North Central Highway, Garnerville NY on Monday, January 20, from 3-8 and a Mass at Immaculate Conception Church in Stony Point at 11 am on Tuesday, January 21.
In lieu of flowers, family and friends are invited to donate in honor of Mike O’Hara to the O’Hara children or CancerCare in Paramus (NJ) or a Children’s Cancer Foundation of their choice -- as Mike was still a kid at heart.

To send flowers to the family or plant a tree in memory of Michael O’Hara, please visit Tribute Store
Monday
20
January