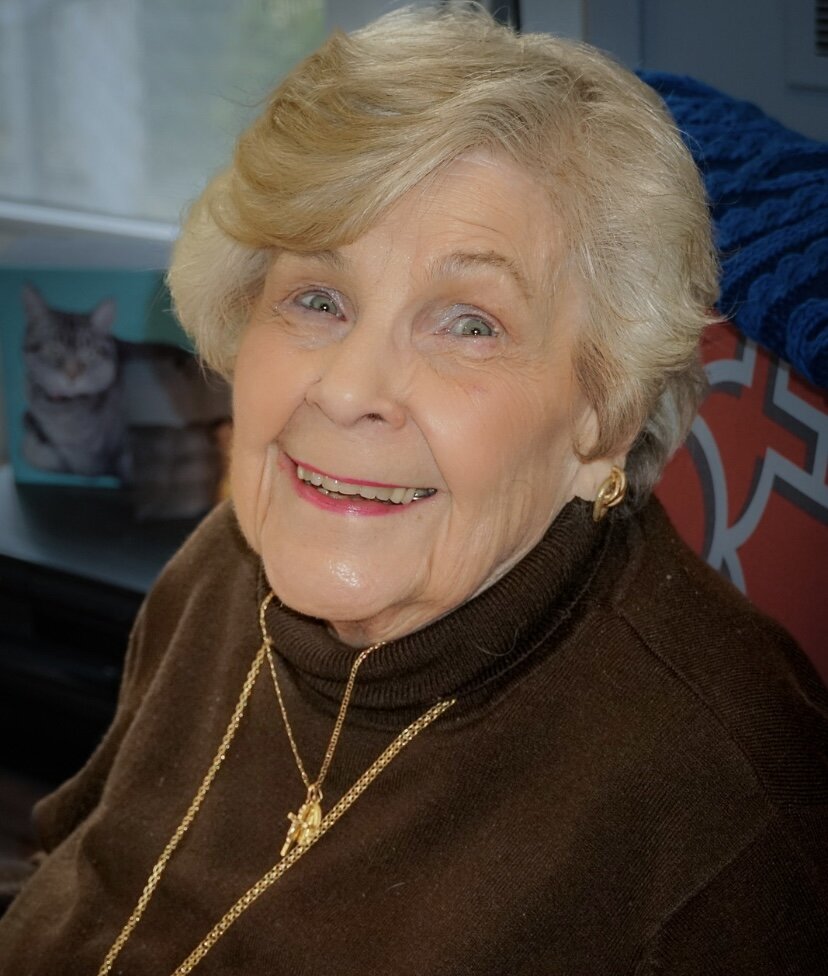 Mary Patricia Young passed peacefully in her home on Tuesday, January 17th. She was 88 years of age. Mary (aka Marion) was born in Manhattan on July 18, 1934 to Mary (Gilmartin) Hynes and Thomas Hynes.

She graduated from St. Alfonce's in 1952 and took pride in education, a legacy she passed on to her sons.

She met William (Bill) Young after he enlisted in the United States Marine Corp and proudly served his country during the Korean Conflict. They married on September 15, 1956 at Ascension Church in Manhattan, had five sons, and moved to West Haverstraw from the Bronx in 1967.

Mary incorporated her passion for serving others throughout her career at Pantry Pride, Letchworth Village, Greer Woodycrest, andJawonio, where she retired at age 72. Additionally, she volunteered to feed the infirmed at Northern Riverview in Haverstraw.

Mary was a parishioner of St. Greg’s in Garnerville for over 55 years and was involved with many ministries during that time. She was a Eucharist Minister and a Lector, a part of the Charismatic Renewal, one of the original Passion Players at St. Peter’s and taught CCD at both St. Greg’s and St. Peter’s. She also taught ESL to St. Peter’s parishioners. Mary was one of the parishioners who experienced Cornerstone at The Church of the Presentation in Upper Saddle River, NJ and started that wonderful movement at St. Greg's over 30 years ago. Mary was a daily Communicant and loved visiting with her friends for breakfast at Sparky's Diner after Mass and saying the Rosary.

Mary was fond of her family camping trips with her childhood friends and their families. She also enjoyed years of playing the card game, "May I?" on Friday nights. At home she could be found with a good book and a warm cup of tea.

Mary was predeceased by her husband of 51 years, Bill; her parents: Mary and Thomas; her sister: Anna; and three brothers: Richard (Virginia), Thomas (Patricia), and Michael (Sissy).

Friends may call on Sunday, January 22nd from 3:00 p.m. to 7:00 p.m. at T.J. McGowan Sons Funeral Home in Garnerville. A Mass of Christian Burial will be celebrated on Monday, January 23rd at 11:00 a.m.St. Gregory Barbarigo. Interment to follow in FrederickLoescher Veterans Memorial Cemetery.

In lieu of flowers, donations may be made to St. Gregory Barbarigo Church and United Hospice, Inc.