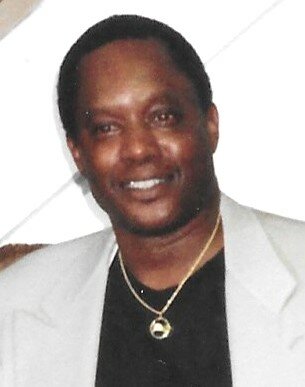 Charles Davis (Odie) passed away peacefully at home with his wife by his side on January 11, 2023.  Charles was born in Harlem, New York on April 5, 1943.  He attended Spring Valley High School and joined the U.S. Army in 1962.  Upon his discharge from the Army, he returned to Spring Valley to live.  He was employed at Lederle American Cyanamid/Wyeth for over 35 years and was a member of the Lederle HazMat Fire Squad.

In 1967 he married his beloved wife, Glenda Cardwell.  They were never blessed with children but were very close and often seen with Charles’ younger brothers,  niece and nephew.

Charles became a volunteer fireman at the General Warren #2 Fire Company in Haverstraw.  He worked his way up from being an officer to the position of Captain.  He was also well known at the adjoining General Warren #1 Fire Company.  He received a Lifetime Fire Department Member Certificate in 2012.

In addition to his love and dedication to the fire department and ongoing mentoring of new fellow volunteers, he loved to bowl, was a hunter and fisherman, often going deep-sea fishing with friends and his wife.  He loved to play poker, was a die-hard Mets and Jets fan and upon retirement went on numerous cruises with friends. Charles was a ‘people person’, laughed and joked with all who came in contact with him.  He was loved and will be sorely missed.

He is predeceased by his parents Charles and Mabel Davis.  He is survived by his beloved wife, Glenda (they were married for 55 years), his sister Henrietta Graves (Walter), younger brothers, Gregg Jones (Josie) and Marty Jones (Veronica), niece Nadine Bonnerafiz and nephew Everett Mealey. He is also survived by several grand nieces, nephews and many relatives and friends.

The wake and Firematic Service will be held on Friday, January 20th from 4:00 to 7:00 pm. at Mc Gowan Funeral Home, 71 North Central Highway, Garnerville, NY.  Interment will take place on Saturday, January 21st at 11 am at Fred Loescher Veterans Cemetery, 220 Brick Church Road, Spring Valley, NY.  In lieu of flowers, donations can be made to the Wounded Warrior Project. PO Box 75816, Topeka, Ka  66675 or https://www.woundedwarriorproject.org/

Share Your Memory of
Charles
Upload Your Memory View All Memories
Be the first to upload a memory!
Share A Memory