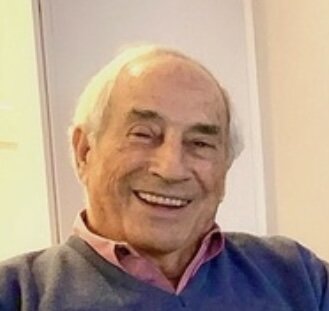 Mr. Ramundo, the youngest of 14 children born to late Sabatino and Josephine Ramundo, was born on August 15, 1937 in Suffern, NY and lived most of his life in the Haverstraw, NY area until his retirement in 1994.

A graduate of Haverstraw High School, he received a bachelor’s degree from Fordham University in the Bronx, where he majored in Communication Arts. From 1960 to 1969, he was employed as a newspaper reporter, night city editor, and assistant city editor for The Rockland County Journal-News.

In 1969, Mr. Ramundo embarked upon a political career which extended over two decades. He served as administrative assistant for Haverstraw Supervisor Philip Rotella, commissioner of the Haverstraw Joint Regional Sewerage Board, Director of the Rockland County Real Property Tax Services and Director of Tax Delinquent Properties for the County of Rockland.

When John Grant was elected Rockland County’s first County Executive in 1985, Mr. Ramundo was appointed to fill Grant’s vacancy on the County Legislature and was twice elected as a County Legislator.

While on the Legislature, Mr. Ramundo served as chairman of a special committee formed to investigate Rockland’s possible withdrawal from the Metropolitan Transit Authority (MTA).

Mr. Ramundo was active at St. Thomas Aquinas College in Sparkill, NY, serving as chairman of the President’s Council and later as a member of the College’s Board of Trustees.

Upon his retirement, Mr. Ramundo and his wife of 46 years Mary Ellen (Fee), spent their summers at their home in Sag Harbor and their winters in Naples, Florida.

In Sag Harbor, he was a member of the Noyac Golf Club and a parishioner at St. Andrew’s Church. In Naples he lived in the residential community of Naples Heritage Golf and Country Club where he served as president of the Club’s Board of Trustees. He was also a member of St. Peter the Apostle parish in Naples.

He is survived also by six grandchildren, Nicole and Jack Brosnan of New York City, and Gabriel, Peter, Hannah, and Michael Ramundo of Naples, FL and many nieces and nephews.

His survivors include a sister, Virginia D’Agostino of Bradenton, FL and his companion of 13 years, Lois Farber of Nyack, NY.

Share Your Memory of
Peter
Upload Your Memory View All Memories
Be the first to upload a memory!
Share A Memory