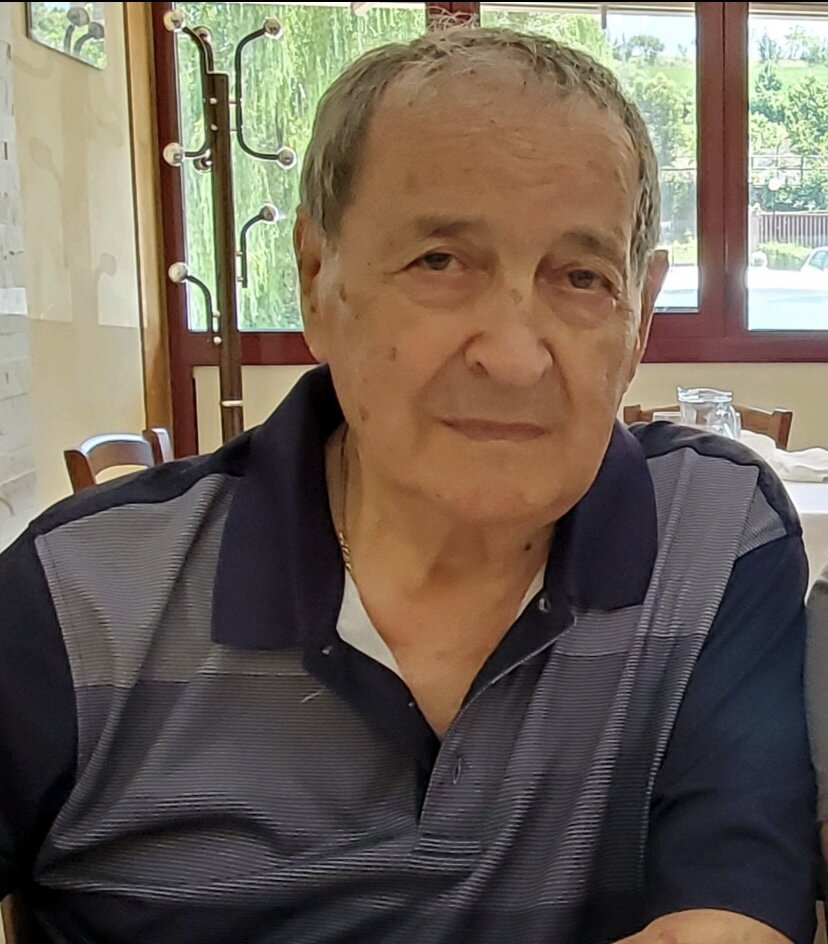 He was born in the Medieval Town of Atri, in the Abruzzo region of Italy, which is nestled between the Gran Sasso of the Apennine Mountains and the Adriatic Sea, to Serafina Sardella and Alberto Del Principio. He was one of five siblings.

He was college educated as an electrical engineer and then found work in Argentina. Subsequently, he traveled the world with the Merchant Marines before returning to his hometown in Italy for a visit, where on a fateful day in 1955 met and then married, in seventeen days, the love of his life, Emily, a girl from Haverstraw, New York, who just happened to be visiting that same small town on vacation. They were destined souls and shared a beautiful fairytale life.

He raised his family in North Rockland and is predeceased by his wife, Emily, with whom he is now reunited in Heaven. He is survived by his three children: his daughter Donna Del Principio-Yanitelli and her husband Mark, his daughter Fina Del Principio, his son Albert Del Principio and his eight beautiful grandchildren: Serena, Mariella, Mark, Gabrielle, Gino, Nico, Albert, and Emily.

He was truly a great man, with a strong will and caring character. He was a devoted husband, wonderful father, and loving grandfather. His smile, charm and optimistic attitude were captivating. He was an inspiration to all. He was a source of strength to his loved ones, with remarkable wisdom and admirable confidence. His life was full of love, strength, determination, devotion, and faith.

He was a proud member of IBEW Local Union 363 for 63 years and worked as an Electrical Foreman for 33 years. He achieved notoriety and respect for his hard work, precision, fierce confidence, and sharp intellect.

He was very proud of his three children and their remarkable achievements. He was blessed with eight beautiful grandchildren who he adored. He was a confidant and mentor to his children and grandchildren, who always looked to him for guidance and wise advice. He was our guiding light.

He loved to be with his family, especially his loving wife, who he endearingly called his chickadee. He loved to travel and to enjoy the very best of life. He shared stories with his grandchildren of his adventures and experiences, which brought him much happiness. His life exemplified the true way to live La Dolce Vita, a beautiful life.

He was the best and gave us memories too beautiful to forget. We will miss him dearly. He will never be forgotten because he gave everyone so much to remember.

Share Your Memory of
Gino
Upload Your Memory View All Memories
Be the first to upload a memory!
Share A Memory