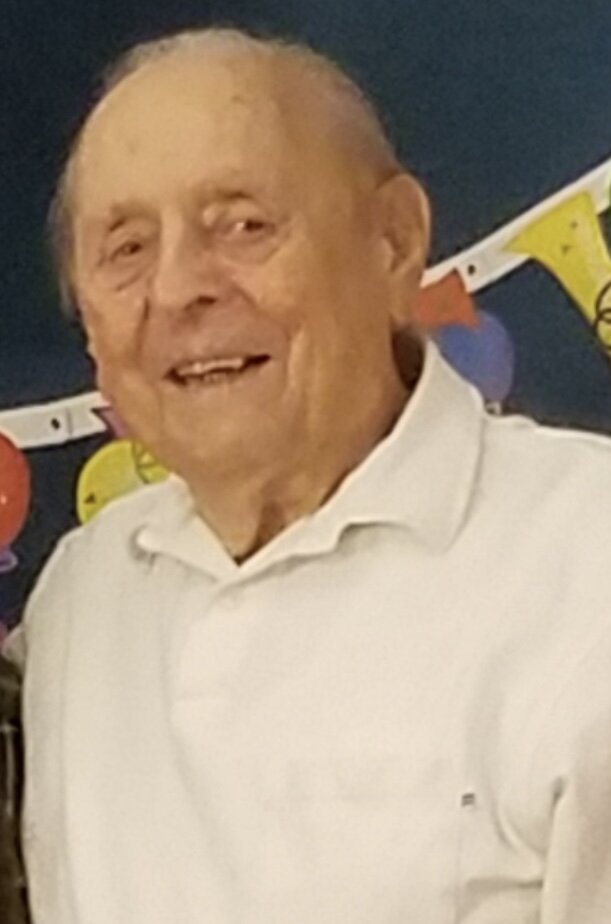 Richard was born on June 7, 1926 in Glen Ridge, New Jersey.  In August of 1943, Richard enlisted in the United States Navy. He proudly served aboard the destroyer/high speed minesweeper U.S.S. Forrest achieving the rank of Sonarman Third Class.  While aboard the Forrest, he took part in the D-Day invasion of Europe in June of 1944 and the invasion of Okinawa in April of 1945.  He was honorably discharged from the U.S. Navy in March of 1946.  For his service he was awarded the European Theatre medal (3 stars), the Asiatic Pacific Medal (1 star), the American Theatre Medal and the Victory Medal.

On May 8, 1953, Richard married the love of his life, Barbara.  Married for over 65 years, Barbara sadly passed away in November of 2018.  In the late 1950’s they moved from New Jersey to Rockland County eventually settling in Stony Point, N.Y. where he lived until his passing.  He was a past vice-president of the Stony Point Little League and was also a Freemason.  He enjoyed traveling with his family especially trips to Lake George, N.Y. with his wife, golfing and fishing

Richard was employed for many years by Orange and Rockland Utilities, Inc. He began as a dispatcher later working in the Substation and Relay Departments before retiring in 1991 as a Systems Operator.

Richard is survived by his children Richard and Cheryl Westervelt Jr. of Congers, N.Y. and Robert and Susan Westerveltof Hewitt, N.J. and three grandchildren Rich (and wife Jen) of Chester NY, Katie of Congers NY and Jared of Hewitt NJ.

The family will be receiving friends at the T.J. McGowan Sons Funeral Home, 71 N Central Highway, Garnerville NY on Monday September 26, 2022 from 5pm until 8pm.  Richard will be laid to rest with his beloved Barbara at the Frederick W.Loescher Veterans Cemetery in New Hempstead, NY on Tuesday, September 27, 2022 at 11 am.

Share Your Memory of
Richard
Upload Your Memory View All Memories
Be the first to upload a memory!
Share A Memory