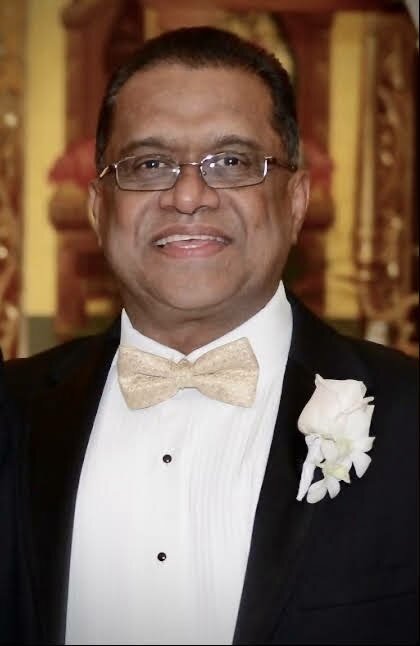 John 16:22 - So with you: Now is your time of grief, but I will see you again and you will rejoice, and no one will take away your joy.

Jose Abraham Mangalath was called to his heavenly Father’s side on September 1st, 2022 at 68 years old.

Jose was born on May 17, 1953, to the Late Chandy and Chinnamma Uthuppan in Punalur, Kerala, as the fourth child of five siblings: Marykutty Kuruvilla, C.O. Alexander, Joseph Mathew, and Jacob Joseph.

Jose attended Chemmanthoor High School and Narayana College where he graduated with a B. Com in Accounting. He was a natural athlete, being the captain of the soccer, basketball and tennis teams in college. After college, Jose moved to Goa where he worked as an accountant for several years.

On February 14, 1982, Jose married his loving and devoted wife, Sosamma Abraham (Mazhavancheril). Together they built a beautiful life, immigrating to the United States on November 6, 1982. They celebrated their 40th wedding anniversary in 2022.

Jose and Sosamma have three beautiful children, Marilyn (married to Bobby Valacheryil), Jacoby (married to Joseline Korakudilil), and Sonia (married to Ajish Cherumadakala). He was a dedicated father who always supported his children’s dreams while instilling the values of education, family and hard work.

As a grandfather, Jose adored his five grandchildren, Mason Valacheryil, Sofia and Serena Cherumadakala, and Julia and Caleb Mangalath. He often played spiritual songs for them, ignited their curiosity with factoids, and spoiled them with love; his grandchildren always knew that Appachan will never say “no” to them.

He resided in Rockland County, NY, and diligently worked at Helen Hayes Hospital for thirty years before retiring in 2015. Jose was actively involved in St. Peter’s Knanaya Valiyapally in Yonkers from its early days. He served as a secretary on the committee, coordinated various church events such as convention and church picnic. He was a generous, smart and adventurous man. He was a seeker of knowledge, always learning and had a knack for solving problems. From a young age, he loved to travel and he often recounted countless stories from his adventures all across the globe. He was a foodie, movie and music enthusiast.

Jose will be deeply missed and forever remembered by his family, friends and all who knew him the best. May God bless his soul and may he rest in peace in eternal paradise. May the grace of our Lord and Savior Jesus Christ be with you always.

The Mangalath family wishes to express their sincere gratitude to all those who have supported us during this time of loss.

Share Your Memory of
Jose
Upload Your Memory View All Memories
Be the first to upload a memory!
Share A Memory