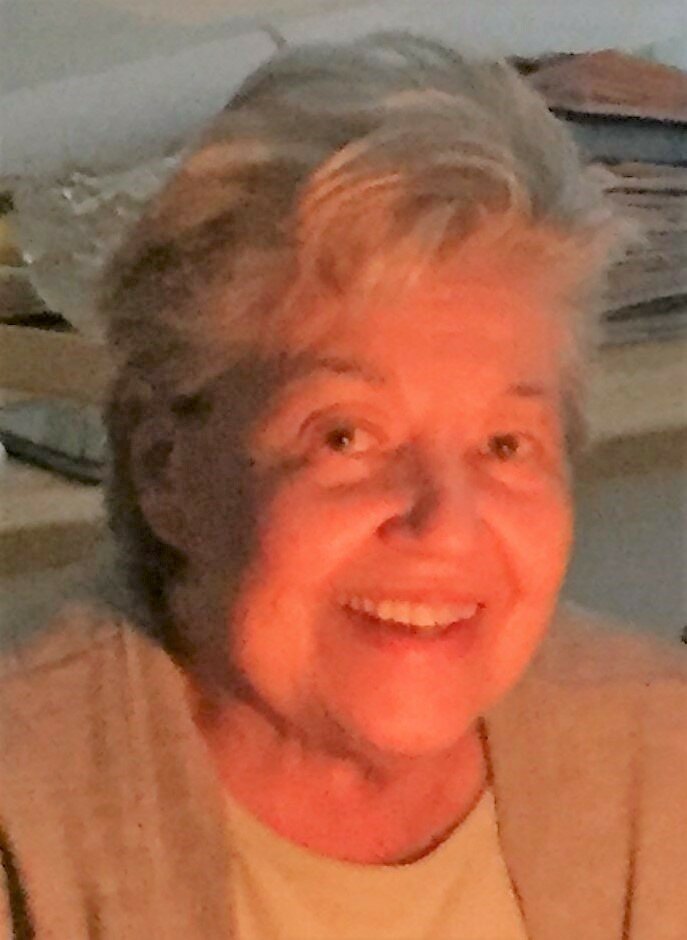 On Thursday, September 1st, with her family around her and praying for her, Carmen DeCoro passed beautifully and gracefully into eternity, embraced by Jesus, reunited with her husband Tony of 65 years, and welcomed warmly by all her family and friends already there.

Although she experienced suffering in her final days with aggressive stage IV cancer, Mom endured her cross bravely, and we are so happy to know that she is at peace.  She will be missed tremendously by her daughter, Debbie, two sons, Anthony, Jr. and Stephen, her sister Rosalie, family, friends and all those fortunate enough to receive her kind words of encouragement and advice.

Carmen was 86 years old upon her passing from this life.  She was born on December 23, 1935, in “El Barrio” section of Manhattan to Gabriel Mangual and Aurea Quinones.  Carmen’s older sister, Rosalie, who is 89 years old, is heartbroken at the loss of her baby sister and will miss her dearly.

On June 3rd, 1956, Carmen married Anthony DeCoro, Sr, or as she referred to him, “the love of my life”.   They first met in Section 13 at Orchard Beach in the Bronx, as Tony set up a game of catch with his friend, conveniently close enough to Carmen to have the ball roll by her feet (this from a man who never dropped the ball and even earned a Yankees try-out).  It was love at first sight, which sparked their marriage and ultimately the creation of a beautiful family of children and grandchildren who have gone on to touch the lives of countless others in positive ways.

Carmen’s loyalty to her husband throughout their 65 years of marriage and her Catholic approach to life, set the bar high and paved the road for the successful marriages of her children.   Anthony Jr. and his wife Heidi have been married 38 years, Debbie and her husband Frank have been married 36 years, and Stephen and his wife Andrea have been married 32 years.  Carmen fiercely loved her grandchildren, Christopher, Gabrielle, Stephanie, Mariel, and Anthony, and would do anything for them.  In addition, she loved her nieces and nephews Cynthia, Donna, Joseph, Michael, her cousins Madeline, Melissa, and Raul, all their children, her friends Gaetana, Goldie, Angela, Indira, Ginger, Donald, and so many other family members and acquaintances.  In her later years, she became more adept at using her cellphone, and spent many hours keeping in touch with all of them by sending pictures and texts.

Carmen was blessed with many talents, especially artistic creativity.  She loved to sketch and draw.  What began with the drawing of her signature flowers onto the envelope of every greeting card she sent, expanded over the years into precisely drawn or sketched birds and animals.  Carmen also had a passion for music, especially Latin music, and would spontaneously break into her version of the merengue or salsa when music played, while recounting her memories of dancing at the Copacabana as a young adult.  Her creativity also manifested itself in the many poems and songs she wrote about or to people she loved.

Carmencita’s life and her beautiful legacy of love and caring will be celebrated from 3-7 pm on Tuesday, September 6th at TJ McGowan Funeral Home, 71 North Central Highway, Garnerville, N.Y.  A mass of Christian burial will be held on Wednesday, September 7th at 11:00 a.m. at St. Gregory Barbarigo Church at 25 Cinder Road in Garnerville, N.Y., followed by her interment at St. Anthony’s Cemetery in Nanuet, N.Y.

In lieu of flowers, Carmen would have liked you to please consider a tribute contribution in her name to the United Hospice of Rockland.

Share Your Memory of
Carmen
Upload Your Memory View All Memories
Be the first to upload a memory!
Share A Memory