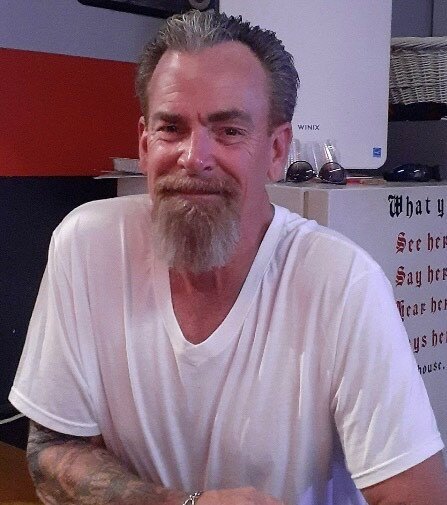 Paul J. Moore passed away on May 9th, 2022 doing what he loved, riding his motorcycle. He was 62 years old. Paul was born in Darby, PA on May 27th, 1959 to Paul W. Moore and Jeannette (Tallon) Moore. Paul moved to Stony Point, NY in 1966 where he later graduated from North Rockland High School. Paul then went on to graduate Fairleigh Dickinson University. Paul was a very accomplished computer and electrical engineer. He spent a number of years in PA and then Binghamton, NY. He recently moved to Fort Pierce, FL. This brought Paul the opportunity to become part of an amazing brotherhood of men in the Treasure Coast Chapter of the Enforcers Motorcycle Club. In addition to finding people who held the same high standards of loyalty and respect, he found friendships that meant the world to him. In addition to motorcycles, Paul loved to golf and was very good at it. Most of all Paul loved his grandkids, Peighton, Willow, Riley, Luke, Lilly, Lacey, and Layla. They brought a special kind of joy to his life along with his daughter Amanda Placco and son Steve Moore. Paul will be missed by all who knew him. Paul survived by his daughter, Amanda and son in law Rick Placco and son Steve and daughter in law Kimberly Moore, his 7 grandchildren, his mother Jeanette Moore, sisters Debbie Griffin and Sharon Moore, brother Tim Moore and many, many friends. Paul was predeceased by his Father Paul W. Moore. Family will receive friends on Monday May 23rd from 3 to 7 at TJ McGowan Sons Funeral Home, 71 N. Central Highway, Garnerville, NY. A service will be held at 6:30pm at the funeral home.

Get Directions
Monday
23
May

Share Your Memory of
Paul
Upload Your Memory View All Memories
Be the first to upload a memory!
Share A Memory