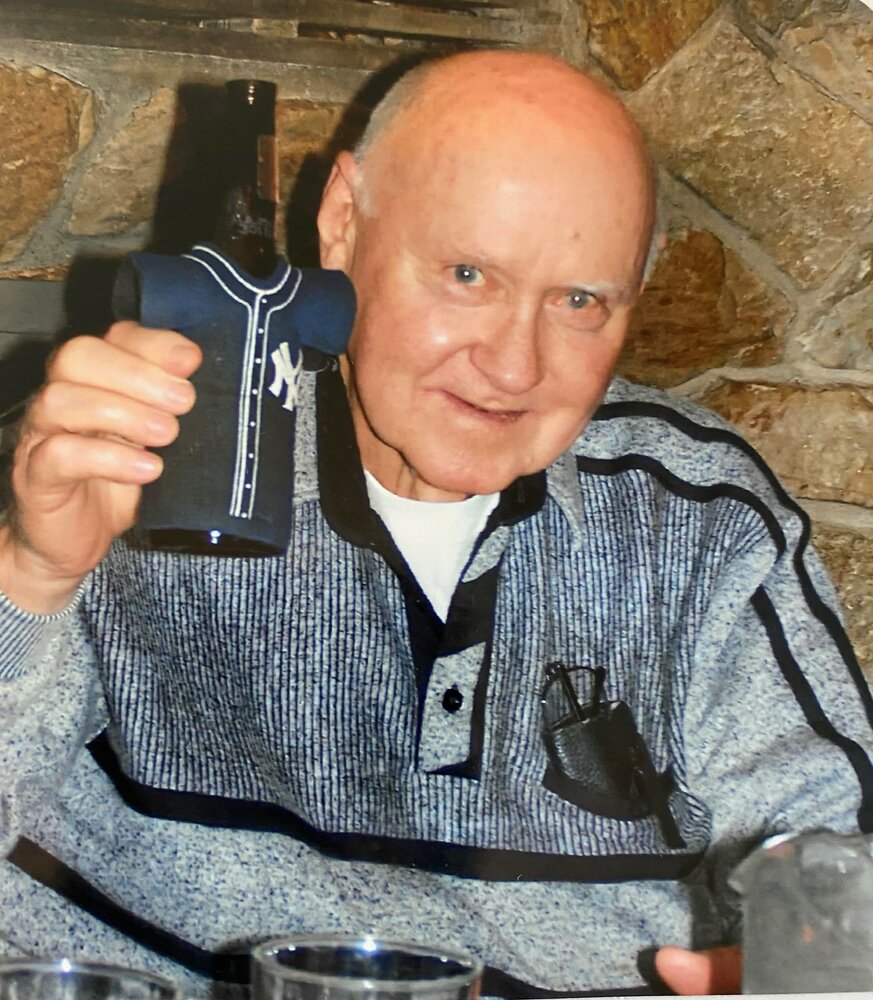 John Paul Lavelle went to heaven to be with the love of his life, his wife Helen, on May 9, 2022.  He was 87. John was born in New York City on January 10, 1935, to his parents Patrick and Anna Lavelle.  He grew up in the Inwood section of Manhattan and it was there he met Helen.

John enlisted in the United States Navy and served on an aircraft carrier, travelling the world.  After he was Honorably Discharged, he returned to New York City and married Helen at Good Shepard Church in 1957, eventually settling in the Kingsbridge neighborhood of the Bronx. John and Helen moved their family, which now included Lu-Anne, Jim, Jack and Michael from the Bronx in January of 1969 to Samsondale in West Haverstraw, where the adventure continued and grew.

John was a very easy going and friendly man and he made many friends over the years. John spent his career working for Metro North and in his spare time he coached with the North Rockland Pop Warner Football program for many years.  He loved to fish and take family beach vacations in Wildwood Crest New Jersey.  He also enjoyed travelling with Helen and their many friends.  John was a big fan of the New York Giants and New York Yankees. John was a proud, long-time member of the Haverstraw Elks Lodge, earning a Life-Time Membership.

In his later years John developed macular degeneration which made him legally blind.  Despite this, John still led a full life and always kept a positive attitude, feeling very fortunate that he was blessed with such a wonderful life.

John was recently preceded in death by his wife Helen, who passed away this January. He was also preceded by his parents, and grandbabies Thomas John Considine and Nicole Lavelle. He will be joining in heaven his brothers Robert and Joseph (Joan), and his sister Patricia Fallon (John).  He will likewise see his brother-in-law and sister-in-law James and Peggy Wall.

Poppy was thrilled to be a Great-Poppy to: Anthony and Adriana Fani, Joey Faust, Nolan and Lucy Smith and was looking forward to the birth of Tyler John McArdle.

Although our Poppy will be greatly missed by everyone, we are very happy that he is at peace and back with our Grammy, Helen.

Get Directions
Friday
13
May

Get Directions
Friday
13
May

Share Your Memory of
John
Upload Your Memory View All Memories
Be the first to upload a memory!
Share A Memory