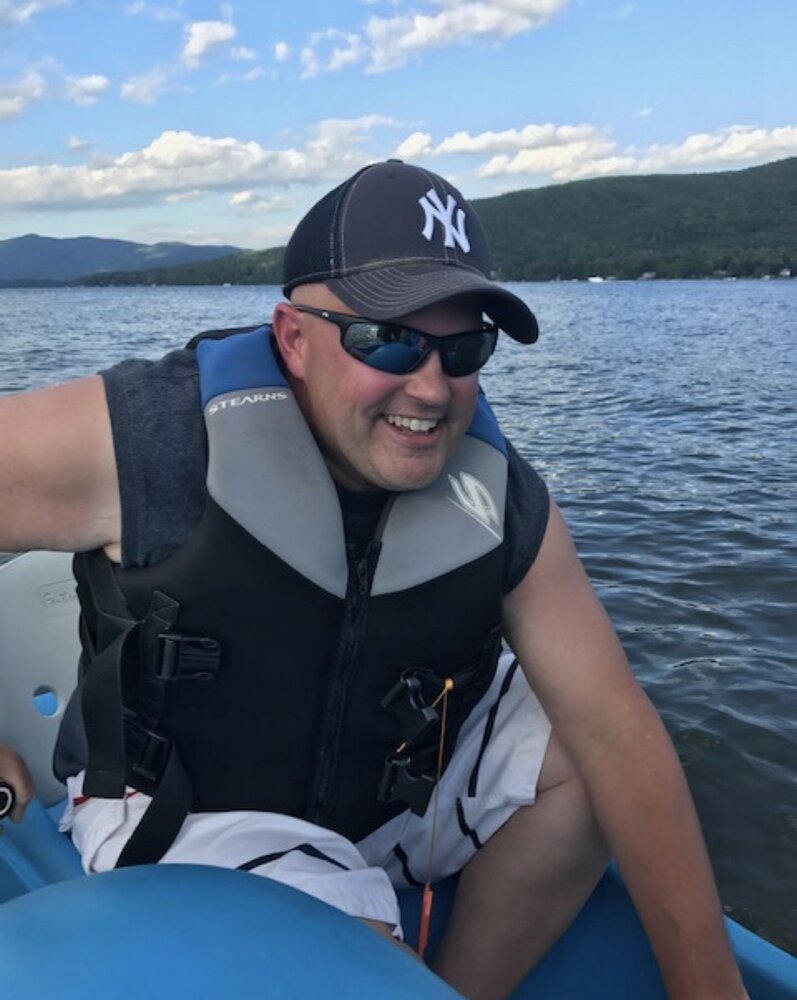 Giro “Jerry” Guerra, 53, passed away peacefully on April 3, 2022. Jerry was born on February 22, 1969 in Yonkers, N.Y. to Anthony and Callie (Lynn) Guerra. He graduated from Yonkers High School and worked as a plumber for more than 30 years. Jerry was employed as a plumber and facilities supervisor at Westchester Medical Center. He married Jessica Biribin on April 8, 2006. Jerry was a lifelong Yankees fan. He enjoyed watching baseball, cooking, fishing, and spending time with his family and friends.

Jerry is survived by his beloved wife and his three daughters, Emily Rose, Isabella Lynn, and Sophia Grace, his sisters Carmela, Mary, and Rosemarie, brothers, Anthony, Ralph, and Salvatore, and many aunts, uncles, nieces, nephews, and cousins. He was predeceased by his twin daughters, Sarah Maelynn and Elizabeth Victoria, and his parents Anthony and Callie Guerra.

The family will receive friends on Sunday, April 10th from 2-6pm at TJ McGowan Sons Funeral Home, 71 N. Central Highway, Garnerville, NY. A Funeral Mass will be held at 10am on Monday, April 11th at St. Peter’s and St. Mary’s Church, 115 Broadway, Haverstraw, NY followed by interment at St. Peter’s Cemetery, Haverstraw. In lieu of flowers, donations can be made to the Trauma Center at Westchester Medical Center (give.wmchealth.org).

Share Your Memory of
Giro
Upload Your Memory View All Memories
Be the first to upload a memory!
Share A Memory