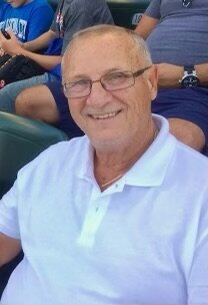 Peter Robert Salerno of Garnerville, NY passed away peacefully on January 20, 2022 at the age of 70. Peter was born on February 5, 1951 to Peter & Adeline Salerno, in New York City. Peter proudly served in the United States Navy and has been a resident of Rockland County for 45 years.

After the Navy, Peter attended computer technical school in NYC and spent most of of his career as a traveling salesman. He loved working and most of all talking to people. He retired in December 2019. Peter was an avid NY Ranger fan and was lucky enough to see them win the Stanley Cup in 1994 with his son at Madison Square Garden.

Peter is survived by his loving wife Cheryl of 31 years, his children Laura (Rob) Lamond, Peter (Kim) Salerno, Paige Rose, Carissa Ebeling, Jessica (Bob) Gavan. He is also survived by his ten grandchildren whom he adored, Haley & Danielle Lamond, Makenna & Jack Rose, Sloane & Jake Opel, Cameran, Jordyn, Regan & Delaney Gavan. Peter is also survived by an aunt, uncle & cousins near and far. He will be deeply missed by all who had the pleasure of knowing him.

A visitation for Peter will be held on Thursday Jan 27, 2022, 4pm-8pm at T.J. McGowan Sons Funeral Home, Garnerville NY. A funeral Mass will be held Friday Jan 28, 2022 10am at Church of the Immaculate Conception, Stony Point followed by interment at Woodlawn Cemetery, Bronx, NY.

In lieu of flowers, donations can be made to Tunnel To Towers Foundation or St. Jude Childrens Research Hospital.

Share Your Memory of
Peter
Upload Your Memory View All Memories
Be the first to upload a memory!
Share A Memory