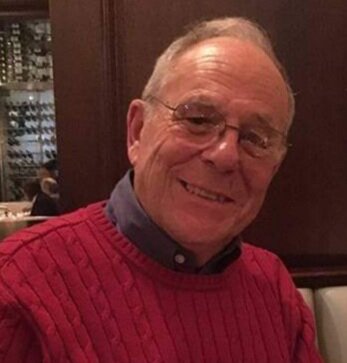 Philip Joseph Cecchini, 84, passed away peacefully on December 20th at his home in Haverstraw, New York, with his wife and son at his side.

Born on April 12, 1937 to Emedio Joseph Cecchini and Mary Marino Cecchini in Brooklyn, NY, Philip was one of two children. He and his older brother Robert remained close throughout their lives, and Brooklyn itself was never far from his heart. In 1973, Philip married Jean Abatemarco, to whom he was a devoted, loving husband. Their son, Michael Philip Cecchini, could not have asked for a more attentive and encouraging father.

A broadcast audio engineer, Philip worked at famed New York radio station WMCA during its glory years as New York’s premier Top 40 channel in the 1960s, when WMCA’s “Good Guys” ruled the airwaves. His long career at CBS began at WCBS Newsradio 88, before moving into television, working on soap operas such as Love of Life and Guiding Light (for which he was a two-time Daytime Emmy nominee), news programs like 60 Minutes and CBS This Morning, and long-running talk shows such as The Joan Rivers Show and The Late Show With David Letterman. A full accounting of his career would be beyond the scope of what this obituary can accommodate.

Philip’s long career in broadcasting brought him into contact with some of the most celebrated figures of his lifetime, from actors and actresses to legendary musicians, elite athletes to politicians. He brought the same charm, grace, and easygoing sense of humor that served him so well in a professional capacity to the rest of his life, treating everyone he met with kindness and respect.

Phil enjoyed playing softball, tennis, basketball, golf, and more. Keeping active helped him maintain his deceptively youthful looks all the way to the end. An avid professional sports fan, his capacity for tolerance and patience were perfectly illustrated by the fact that he rooted for the New York Mets from their very first game in 1962 through many disappointing and trying seasons in the decades that followed.

A memorial celebration of his life will be held for family and friends in Spring 2022, with details to be provided by his wife and son. In lieu of flowers, the family asks that donations be made to United Hospice of Rockland, who were a tremendous source of help and comfort to the family in his final days.

Share Your Memory of
Philip
Upload Your Memory View All Memories
Be the first to upload a memory!
Share A Memory