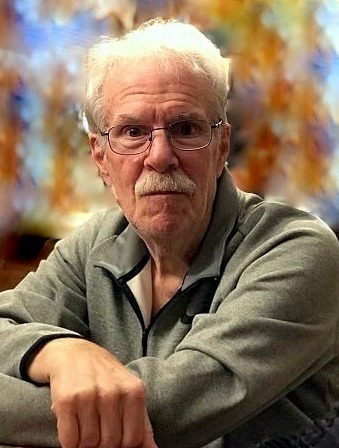 It is with much love and deep sorrow that we reflect upon the life and passing of Paul “Moose” Ravo at the age of 79. After a long battle with Parkinson’s Disease, Paul passed peacefully at his home in Thiells surrounded by his loving family on November 22, 2021.

Born May 30, 1942 Paul was the son of Joseph and Elizabeth Ravo. He is survived by his beloved wife Rosemarie of 58 years. A devoted husband and family man, Paul was the very proud father of his son Paul, twin daughters Catherine Begbie, Christine Bromley, and sons by marriage, Kenneth and William. He was bless with six grandchildren William, Sara, Matthew, Daniel, Kristen, and Nicole, as well as one great-granddaughter Isabelle, and two grandsons through marriage, Brian and Mason. Paul leaves behind his sister Julia Soistman, sister Jean and Thomas Charles, brother Joseph and Allison Ravo as well as nieces, nephews, and beloved cousins. His love for family was unmistakable.

Paul was a skilled craftsman, considered by many as ‘Jack of all trades’, but was a journeyman electrician by trade with the International Brotherhood of Electrical Workers, Local #3 for 41 years. After retirement, Paul filled his days renovating their lake house in Hawley, PA. He enjoyed golf, paddleball, fishing, boating, and intricate intarsia woodworking. He was an avid hunter and given the nickname ‘Moose’ after one hunting venture.

Paul will be greatly missed and always remembered as soft-spoken, loving, patient, courageous, immensely talented, wildly funny and above all else, kind-hearted.

A memorial service will be held from 12pm – 4pm on December 5, 2021 at TJ McGowan Sons Funeral Home, 71 North Central Highway, Garnerville, NY. In lieu of flowers, donations can be made in Paul’s memory to the Michael J. Fox Foundation.

Share Your Memory of
Paul
Upload Your Memory View All Memories
Be the first to upload a memory!
Share A Memory