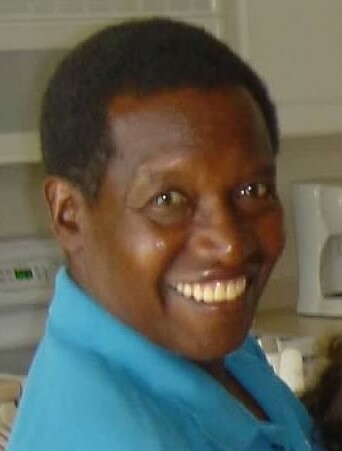 It is with great sadness that we announce the death of Peter Wachira Mathangani on Sunday, September 26th, 2021 at Good Samaritan Hospital in Suffern, New York.  He had been a resident of Rockland County since 1977 after building a house in Thiells.

Peter was born in Nyeri, Kenya, September 9th, 1939.  He was the 1st born of son of 12 brothers and sisters.  He came to the United States in 1959 on the first flight of 81 East African students famously known as the "The Kennedy Airlift".  He attended Ithaca College in upstate New York majoring in accounting, then obtained a Master’s in business administration from Baruch College in New York City.  He worked at CBS in the Columbia Records Division, then worked for many years at Sony Music until his retirement.

Peter was the beloved husband of Joan, loving father and father-in-law of David and Christina, Jane and Christopher, and beloved “Papa Peter” to Alexys, William and Marley.

Peter's service will be livestream via the link below:

To send flowers to the family or plant a tree in memory of Peter Mathangani, please visit Tribute Store
Sunday
3
October

Share Your Memory of
Peter
Upload Your Memory View All Memories
Be the first to upload a memory!
Share A Memory
Send Flowers