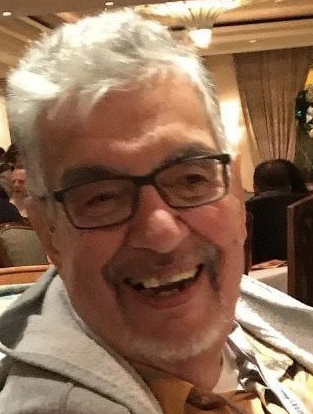 Obituary of Richard A. Biribin

Richard A. Biribin, 83, of Stony Point passed away peacefully on September 16, 2021. Rich was born in Jersey City, NJ on November 12, 1937 to Theodore and Anna (Destefano) Biribin. He graduated from St. Peter’s Prep and went on to earn a Bachelor’s Degree in Education from St. Peter’s University. He also earned his Master’s Degree in Accounting from Iona College. Rich worked at North Rockland High School his entire career teaching Business classes. He married the love of his life, Vincenza Cataldi, on December 18, 1971. Rich enjoyed traveling, reading, anything to do with history, and spending time with his grandchildren. Rich is survived by his beloved wife, and his 3 children, Gia Groeling (Bill), Jessi Guerra (Jerry), and Paul Biribin (Bri). He is also survived by his grandchildren Emily, Will, Gianna, Isabella, Sophia, Logan, Owen, and Grace, who were his world. Rich is also survived by his sisters Carol Rome (Billy) and Valerie Cummings (Tom) and his sister-in-law Elaine Biribin along with many nieces and nephews. He was predeceased by his brothers Renato Biribin, Robert Biribin and his wife Lou, his sister Joyce Plick, and her husband Leo Plick.

The family will receive friends on Monday, September 27th from 4-8pm at TJ McGowan Sons Funeral Home, 71 N Central Highway, Garnerville, NY. A Funeral Mass will be held at 10am on Tuesday, September 28th at St. Peter’s & St. Mary’s Church, 115 Broadway, Haverstraw, NY followed by interment at St. Peter’s Cemetery, Haverstraw.  In lieu of flowers, donations can be made to St. Jude’s Children’s Hospital.

To send flowers to the family or plant a tree in memory of Richard Biribin, please visit Tribute Store
Monday
27
September

Share Your Memory of
Richard
Upload Your Memory View All Memories
Be the first to upload a memory!
Share A Memory
Send Flowers