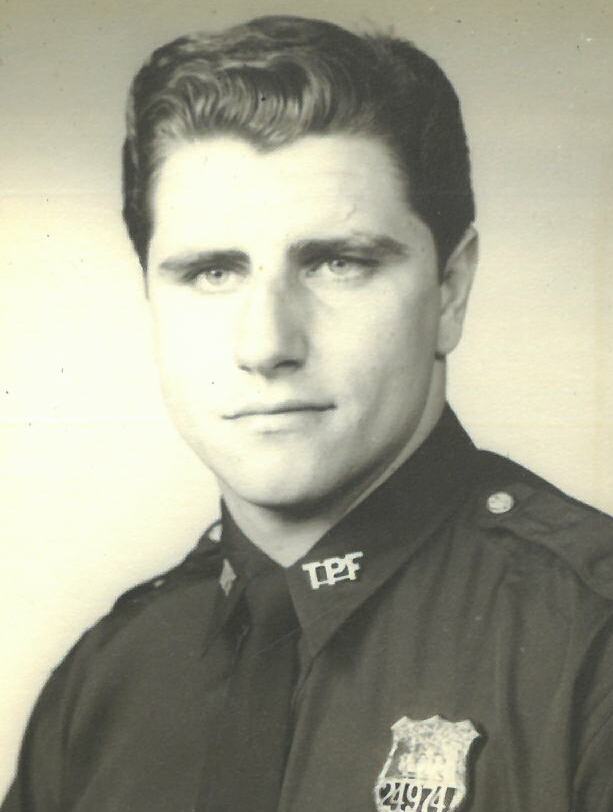 He was predeceased by his parents, his step-mother Margaret Thompson, and his brothers John Thompson and Joseph Thompson.

George graduated from DeWitt Clinton High School and entered the New York City Police Academy. He served 22 years in the PBA / DEA of the NYPD. After his “retirement” he worked for 12 years as Assistant Director of Security in Lenox Hill Hospital. He completed his work history driving the school buses for The Haverstraw Transit.

George completed a Master’s Degree in Healthcare Public Administration from St. Thomas Aquinas College and a Master’s in psychology from Long Island University.

George was extremely community minded and loved Stony Point with his whole heart. He was an avid volunteer and belonged to many organizations. He was a volunteer fireman for Wayne Hose Fire Company for 45 years, on the Wayne Hose Board of Director for many years, and he was a life member of Stony Point Ambulance Corps. He was a member the Haverstraw Elks #877, Kearsing Edwards American Legion 1600, and Police Commissioner for Stony Point Police Department.

George’s greatest pastimes were sports, and hunting and fishing. He was a member of the Blackrock Hunting Club and Horns and Feathers Hunting Club. He was at his happiest in a tree stand in the middle of the woods. George played football for the Rockland Warriors and The New York Bears, he boxed for the NYPD, and was a brown belt in Karate. To continue his love of sports, George referred and umpired for every sport he could.

George will be greatly missed by those who had the privilege to know and love him. In lieu of flowers, donations can be made to United Hospice of Rockland, 11 Stokum Lane, New City, NY 10956.

To send flowers to the family or plant a tree in memory of George Thompson, please visit Tribute Store
Wednesday
15
September

Share Your Memory of
George
Upload Your Memory View All Memories
Be the first to upload a memory!
Share A Memory
Send Flowers