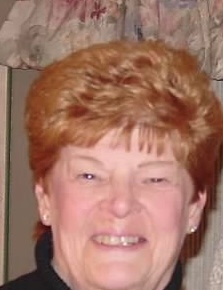 Joan Ann Smith passed away peacefully with her loving family by her side on August 29th, 2021. She was 88 years old. She was born in the Bronx, NY on May 11th, 1933 to Henry and Margaret Gilliamsen. Joan married Alexander Smith III on September 25th, 1954 and they would have been married for 67 years and raised 5 children together. Joan loved the holidays and family gatherings and her greatest joy came from her children, grandchildren, and great-grandchildren. She will be missed by all who knew her. Joan is survived by her children Barbara Reiher, Thomas Smith, Donald Smith, Donna Doolan, and Paul Smith; grandchildren Alex Smith, Lauren Smith, Brittany Burke, Kimberly Privitera, Raymond Lund, Ryan Doolan, Justin Smith, Kevin Smith, and Thomas Smith; great-grandchildren McKayla Smith, Mackenzie Pauley, Dade Burke and Brynn and Nathan Privitera. She is also survived by her sister Barbara Gilliamsen and many loving nieces and nephews. Joan was predeceased by her husband Alexander Smith III.  Visitation will be held on Thursday, September 2nd, from 4-8pm at TJ McGowan Sons Funeral Home in Garnerville, NY. Mass of Christian Burial will be held on Friday, September 3rd, 10am, at St. Peter’s Church, Haverstraw, followed by interment at Frederick Loescher Veterans Cemetery, Spring Valley, NY.

To send flowers to the family or plant a tree in memory of Joan Smith, please visit Tribute Store
Thursday
2
September

Share Your Memory of
Joan
Upload Your Memory View All Memories
Be the first to upload a memory!
Share A Memory
Send Flowers