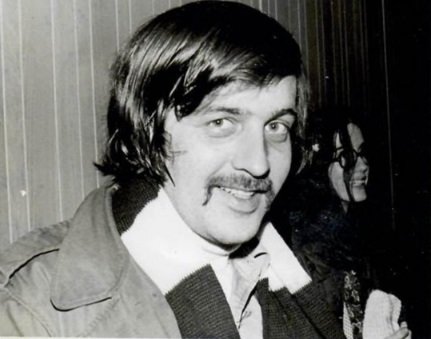 Michael Patrick Micinowski, 75, passed away May 30, 2021 after a long illness. Born May 21, 1946 in Brooklyn, NY, he is predeceased by parents Anthony and Dorothy Micinowski.

As a student and Class of ’74 graduate of Hobart and William Smith Colleges, Michael became engaged in politics, social issues, and conservationism — interests that he would carry with him for the rest of his life. As a student, he was an anti-war youth political leader. He temporarily left college to participate more directly in politics, and in 1971 he was appointed District Manager for congressman John Dow (D-NY). During the same period, Michael became an active participant in the Hudson River Sloop Clearwater, an organization founded in 1966 by the late Pete Seeger and his wife Toshi to advocate for cleaning up the Hudson River. Through this, he was witness to the thriving folk scene of the 60’s and 70’s, working side by side with folk music luminaries. He became friends with Pete, and helped promote Don McLean’s first album, Tapestry. He was named the Sloop Clearwater’s first executive director.

As a resident of Massachusetts, he was appointed first program director of The Castle Hill Foundation in 1980, a musical center in Ipswich, MA. Later, Michael held positions in social services organizations, including as educational and communication director for the National Learning Disabilities Assistance Network, and consulted for others, such as the Rockland Family Shelter.

Michael enjoyed woodworking, photography, local history, family genealogy, and held a deep appreciation for music of all kinds — all of which he lovingly passed on in knowledge and resources to his nieces and nephews.

He returned to Stony Point in the early 90’s, where he resided until his death. He is survived by his siblings, Mary B. Micinowski of Pine Bush, NY, Peter Micinowski and his wife Bonnie of Delaware, James Micinowski of Stony Point, NY, Eileen Stiffey of Aurora, CO, Karen Tropeano and her husband Michael of Schenectady, NY, Maureen Rumaczyk and her husband Lucio of Sparkill, NY, Helen Micinowski and her lifelong companion Ozzie Morris of Pine Bush, NY, lifelong friend Canon Bruce Woodcock and his wife Thayer, and numerous nieces, nephews and great nieces and nephews.

To send flowers to the family or plant a tree in memory of Michael Micinowski, please visit Tribute Store