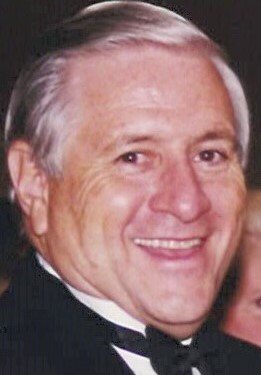 On May 12th 2021 Charles J Jenks passed away peacefully at his home surrounded by his family. He was 77yrs old. Charles was born on December 15th 1943 in the Bronx. He was the son of the late Charles J Jenks & Mary Jenks. Charles was a graduate of Salesian High School in New Rochelle NY. Charles married his best friend and sweetheart Denise on April 24th 1965. In addition to his wife Charles is survived by his children Denise & James Monte, Charles & Sandy Jenks, his grandchildren Lindsey,Chelsea Monte CJ & Cory Jenks also his sister Peggy & husband Bernard Calcagni, Dorothy & husband Anthony Damiani his brother Robert Jenks he was predeceased by his brother Donald Jenks. Charles was a custodian engineer in New York City for 25 years. After retirement he was involved within the community, he was the President of The Father & Son of North Rockland, he was the President of The Sports Hall of Fame of North Rockland and the treasurer of The North Rockland Lions Club. You could find Charles either on the sidelines handing out snickers bars to the football players or in the snack stand making his famous coined named "red raider dogs” or “roadkill soup”. Charles enjoyed going to his second home, The Hideout in Pennsylvania. He loved taking his antique cars to car shows with kids & grandkids. Charles also relished all his nieces nephews & godchildren.

Visiting hours will be Sunday May 16th 2021 from 2-6 at TJ McGowan Sons Funeral Home 71 N.Central Highway, Garnerville,NY. A mass will be held on Monday May 17th 2021 11am at St. Gregory Barbarigo Church. In lieu of flowers, the family requests Memorial Donations can be made in Charles name to:

To send flowers to the family or plant a tree in memory of Charles Jenks, please visit Tribute Store
Sunday
16
May

Share Your Memory of
Charles
Upload Your Memory View All Memories
Be the first to upload a memory!
Share A Memory
Send Flowers