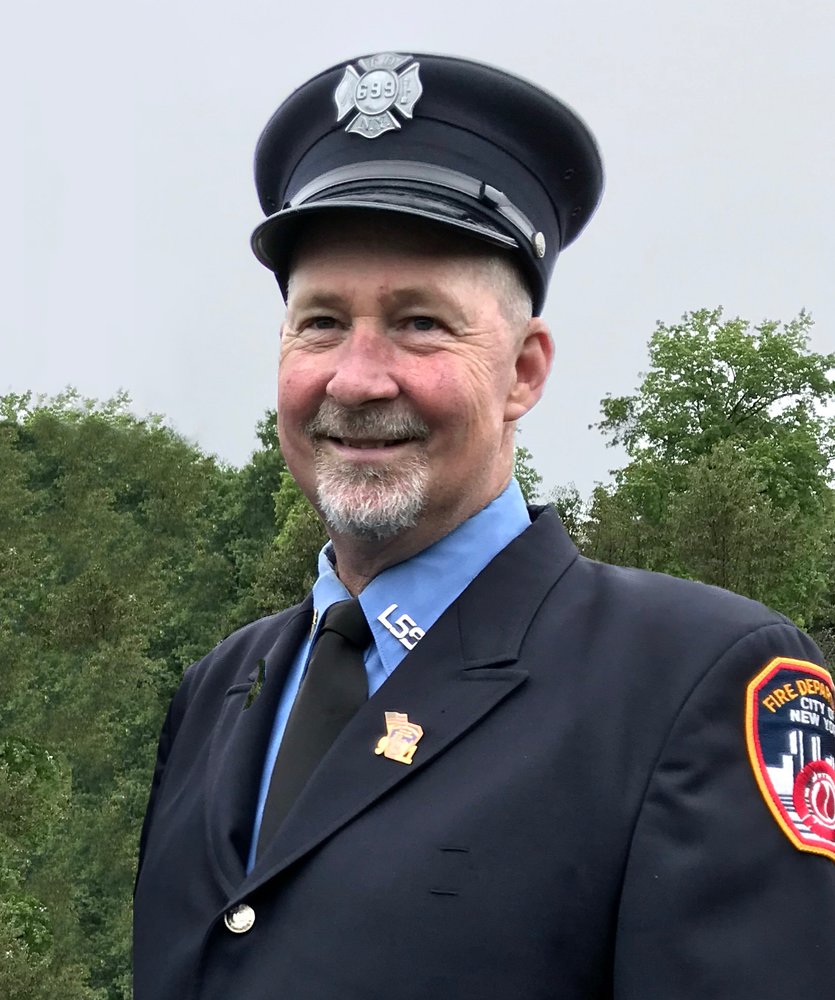 Obituary of Dennis A Farrell

Dennis A Farrell, 58, of Walden, NY, passed away peacefully with his family by his side on February 23.  He was born on November 12, 1962 to Ray and Carole (Loomer) Farrell.  He was a graduate of North Rockland High School “Class of 1980.”    Dennis then attended St Thomas Aquinas College and later received a nursing degree from Orange County Community College.  He was a New York City Correctional Officer before entering the FDNY in 1990.  His career as a FDNY firefighter was with Ladder Company 59 until his retirement in June 2002.  Dennis is survived by his wife, Lori Farrell, parents, Ray and Carole Farrell, children, Amy (Mike) Quinn, Dennis Farrell, Todd and Michael Sutherland, grandchildren, Declan, Brigid, Garrett Quinn, Ava and Cameron Sutherland, and brothers Ray (Eileen), Mike (Marta)  and Andy, nieces, Suzanne, Betsy, Kathleen, Kelsey and Colleen Farrell.  He was predeceased by his brother and “Irish twin” David G. Farrell.  Dennis was an adoring son, husband, father, brother and “Grumpa”.  He was a gentle, kind, generous, loving and fun filled man who lived everyday to the fullest.  He loved cooking, fishing, hunting, camping, and spending time with family and friends.  He spent his life in service to others and was involved in many fundraising events.  He will be missed beyond measure.

In lieu of flowers, donations can be made in Dennis’ honor to: St Baldrick’s Foundation Childhood Cancer Research Charity or Stephen Siller Tunnel to Towers Foundation.

To send flowers to the family or plant a tree in memory of Dennis Farrell, please visit Tribute Store
Tuesday
2
March

Share Your Memory of
Dennis
Upload Your Memory View All Memories
Be the first to upload a memory!
Share A Memory
Send Flowers