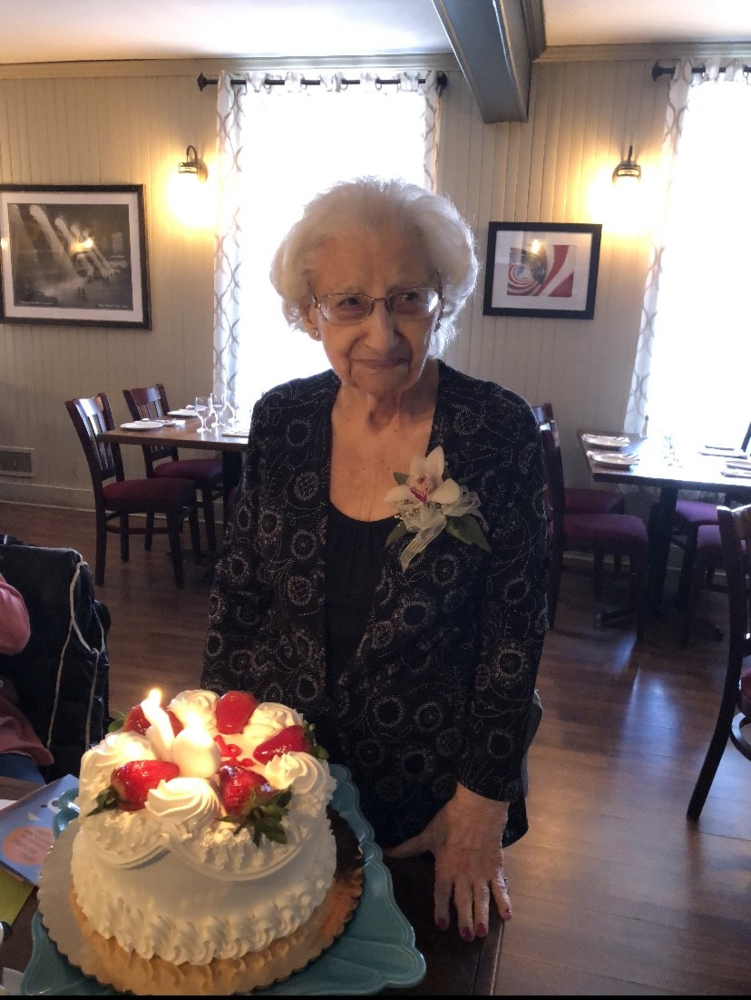 Esther was born in Donora, PA on April 1st, 1923 to Joseph and Philomena (Gariffa) Romeo. She graduated from Donora High School in 1942. On February 23, 1946, Esther married Richard H. Sherlock.

After moving from Donora to Stony Point, Esther worked as a cottage supervisor of K-Cottage at Letchworth Village for 20 years. She provided outstanding, loving care for the residents of K-Cottage. Her building was always decorated inside and outside for all of the holidays. Her residents were treated to week-long camping trips to Lake Welch in the summer and The Radio City Christmas Spectacular at Rockefeller Center in the winter. The residents often called her, “Mama."

After her husband passed away in 1983, Esther worked in the cafeteria of North Rockland High School for many years. She would often sneak extra food onto the students' plates and occasionally pay for their lunches if they did not have enough money.

In her free time, Esther bowled in leagues with her husband. She crocheted countless Afghans for family and friends. For many years, Esther volunteered at Catholic Charities in Haverstraw in the food pantry. She was an avid fan of the New York Rangers and would watch all of their games on the television. She was a great cook and baked tons of cookies for the holidays.

Esther is predeceased by her husband, Richard H. in 1983, and her oldest son, Richard T. in 1990. Being the youngest of her siblings, Esther is also predeceased by brother Frank, Roy, Tony, Bruno, and sister Mary Grant.

Esther was a loving mother grandmother, and great grandmother who is now finally at rest with her own mother, whom she has missed for so long.

To send flowers to the family or plant a tree in memory of Esther Sherlock, please visit Tribute Store

Share Your Memory of
Esther
Upload Your Memory View All Memories
Be the first to upload a memory!
Share A Memory
Send Flowers