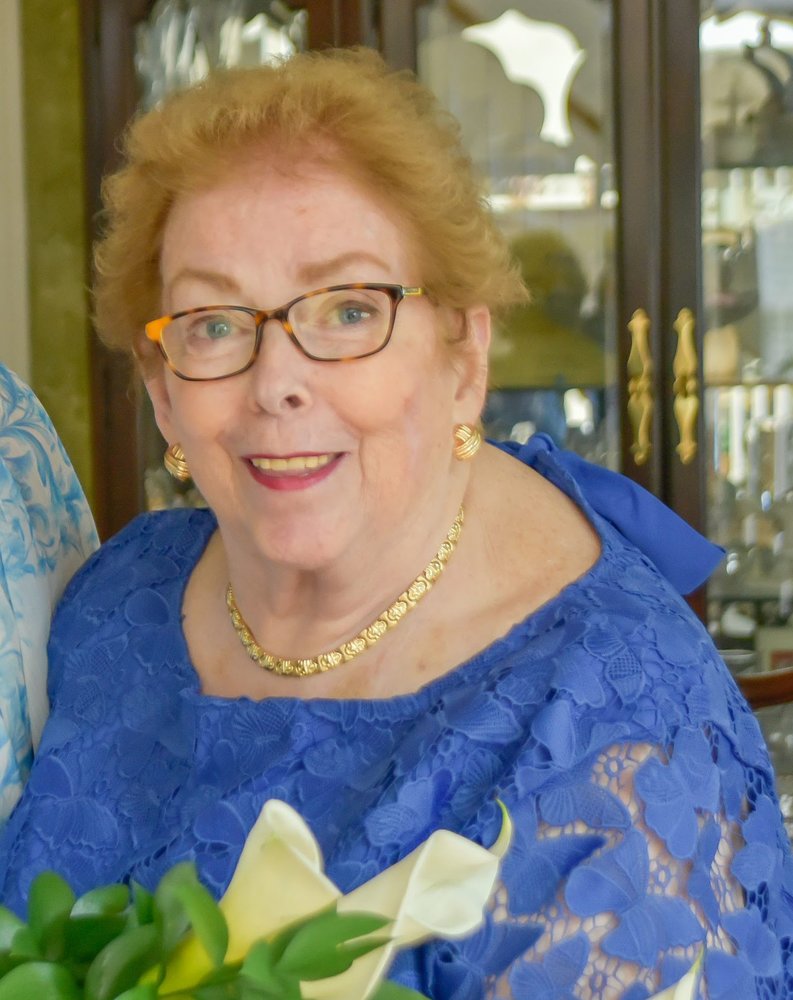 Noel Mary Jackson died surrounded by love on Saturday, January 16, 2021, at the age of 78.  She was a treasured wife, amazing mother, loving grandma, cherished sister and beautiful soul who always focused on the positive and found joy in each day.

Born Noel Mary Donohue on December 24, 1942 in Brooklyn, NY to the late Ruth (Ahern) and Thomas Donohue, Noel was known for her grace, easy-going nature, kindness and devotion to family and friends alike.  While Noel worked for the United States Post Office in varied positions for over 30 years, she spent most of that career as an assistant to several Postmasters, a job that she treasured and provided her with many wonderful friends and memories.  She was known to greet everyone with a smile and warm word.   Yet, her family was always the focus of Noel’s life.

In 1964, she married Frederick “Bud” Jackson and in 1971, the couple moved to Middletown, NY, where they spent the majority of their 49 years together, raising three daughters and welcoming grandkids into a home always filled with love and warmth.  They would develop a love for Cape Cod, spending an annual late summer vacation there enjoying the beach, antiquing and dining out.  Through the decades, the door was always open to family and friends, and Noel was known for her loving heart.   She had a special way about her, believing listening was often more important than being heard. Hosting bible study groups, friends for dinner and drinks, backyard barbeques with family or big days-long Christmas celebrations with family were all done with ease and great pleasure.  Neighbors who became family still held a special place in her heart even after she moved out of the neighborhood and moved to Stony Point/Haverstraw where she spent the last 6 years.

Being with family was what Noel treasured most.  And, at no time was this more evident than holidays, because each one meant spending time with extended family and enjoying family traditions.  It brought her great joy that she passed this passion for family and the holidays along to her daughters and she often smiled when her sisters would joke with her about “The Devoted Family Club” or “The Jackson Family Network.”  She considered herself very lucky to have such a blessing and she’s smiling down from Heaven now, as she watches the family she built come together to move forward with the strength and love she nurtured in all of them.  Noel was fond of playing many a card game and many will remember a good game of Canasta or a fun game of Old Maid.  Anyone would have been lucky to play a round or two with Noel.   Rummikub or TriOminos with her grandchildren was a fun way to pass the afternoon and she was always trying to pass along her love of British mysteries - Agatha Christie or Sherlock Holmes were among her favorites.  During the last couple of years, Noel was blessed with the care and love of her friend Grace who quickly became a treasured member of the entire family.

“Happiness cannot be traveled to, owned, earned, worn or consumed.  Happiness is the spiritual experience of living every minute with love, grace and gratitude.”  – Denis Waitley

Noel was the embodiment of happiness.

Share Your Memory of
Noel
Upload Your Memory View All Memories
Be the first to upload a memory!
Share A Memory