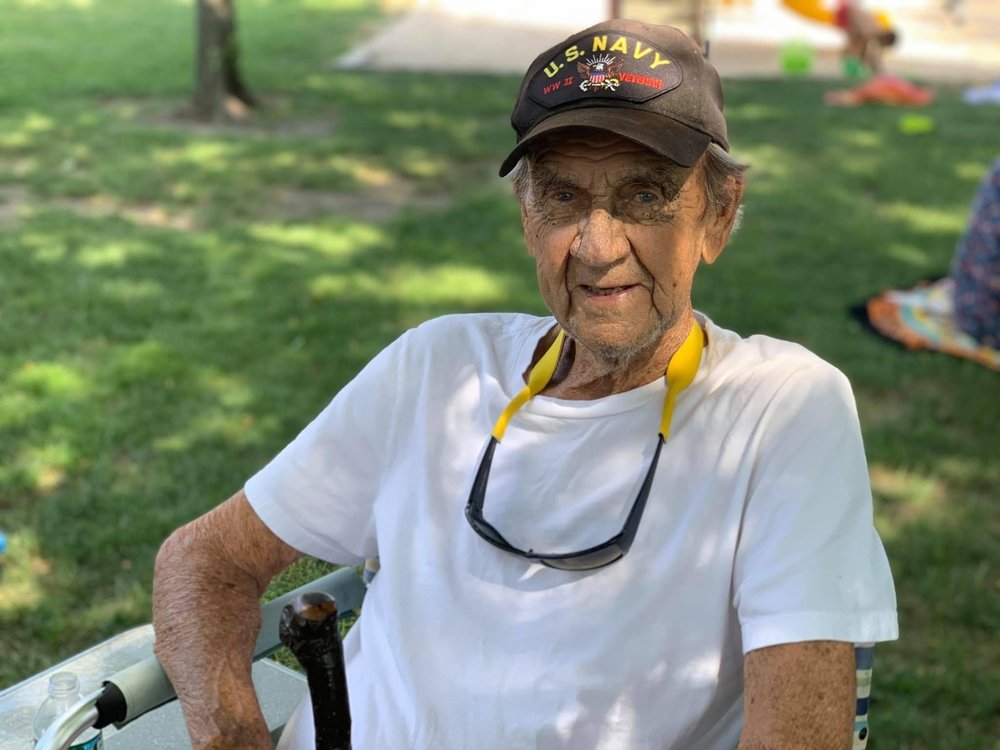 John “Capt. Jack” Sheridan age 93, a resident of Garnerville, passed away peacefully at his home on October 1, 2020 with his loving family by his side.  He was born on April 28, 1927 to Thomas and Elizabeth (Hull) Sheridan.  He married the love of his life Patricia Hylas on February 20, 1949 at St. Paul’s in Congers. Jack proudly served in the United States Navy during World War II.  He worked as a carpenter and was a member of the Carpenters Local #964, in which he retired from Holt Construction in 1990. Enjoyed his retirement spending the winter months with his wife in Stuart, FL and meeting loving lifetime friends.  He always had a project and enjoyed building cupolas, birdhouses, lighthouses and furniture. Well known as Capt. Jack of his wooden boat “Pat n Jack” where he had many adventures and memories with family and friends. It was docked at the Haverstraw Elks BPOE #877 where he was a lifetime member for 70 years this October.  He was so proud to be a member of the Haverstraw Elks and spent many hours at his “second home” always willing to help out with projects. Jack loved spending time with his family and blessed to have loving children and so many grandchildren.  He was predeceased by his loving wife Patricia, daughter Jacqueline and son Thomas.  John is survived by his beloved children Lori Sheridan of Garnerville, Patrick (Kerry) Sheridan of Westtown, NY. His adored grandchildren Denise, Tara, Natasha, Matthew, Justin, Michael and Danielle. His cherished great grandchildren Nicholas, Dacia, Patrick, Alanna, Cooper, Jack, Brady and Ori, and his great-great grandson Jaxon.  A memorial mass will be celebrated at 10:00 am on Saturday, October 17, 2020 at St. Peter’s Church, Broadway, Haverstraw, NY.  The family will celebrate his life following the mass and receive friends at the Haverstraw Elks Lodge #877, Elks Drive, Haverstraw, NY 10927 with military honors.  Donations can be made in Capt. Jack’s memory to the United Hospice of Rockland, 11 Stokum Lane, New City, NY 10956.

To send flowers to the family or plant a tree in memory of John Sheridan, please visit Tribute Store
Saturday
17
October