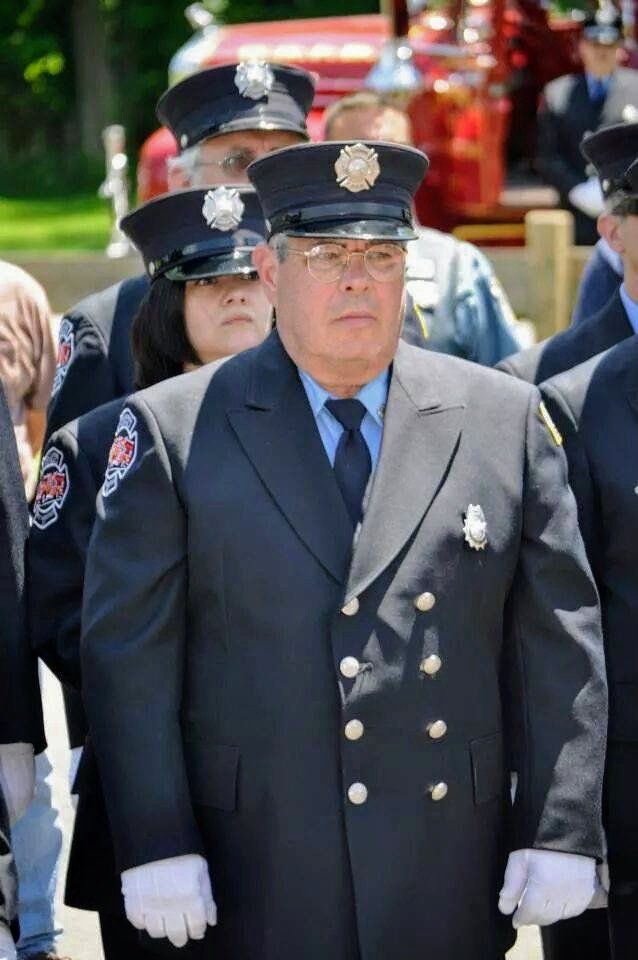 William A. Heckett Jr. of West Haverstraw passed away peacefully with his loving family by his side. He was 66 years old. William, affectionately known as Bill, was born in Mount Vernon, N.Y. on August 10th, 1954 to William Sr. and Margaret (Herbert) Heckett. Bill was always active in life and was a lifelong first responder. Bill was an EMT, a Volunteer Firefighter and earned the rank of Eagle Scout at the early age of 13. Bill was a current active member of Volunteer Hose Co. # 2 of the West Haverstraw Fire Department for many years. Growing up, Bill was a star athlete at Mount Vernon High School. He was a standout on both the Varsity Wrestling and Football teams. Bill earned a full athletic scholarship to Saint Leo’s College in Florida and played on the football team from 1972-1974. On July 25th, 1982 Bill married the love of his life, Carolyn and they soon moved to West Haverstraw to begin a life together and raise their children. Bill was a retired Mount Vernon Police Officer and earned over 30 citations and awards throughout his distinguished Law Enforcement Career. At his time of his retirement he was a seasoned Detective for many years. In life Bill was also an avid hunter and fisherman and loved the outdoors. He was often seen wearing his favorite team apparel, the New York Giants or the New York Yankees. Bill was also an active parish member at St. Peter’s and St. Mary’s Church in Haverstraw and enjoyed his time as a Eucharist Minister. Bill is survived by his loving wife Carolyn (Vinci) of 38 years, his sons William III, Philip, a cherished daughter-in-law Briana (Huslinger) as well as his world, his two beloved and cherished grandchildren Dominick and Charlotte. Bill is also survived by his father, William Sr. of Yorktown Heights, a brother John (Noli) of Gaithersburg, Maryland, his mother-in-law Ruth Vinci, sisters-in-law Mary (Raymond) Stephanie (Kenneth) Corinne (James) as well as many cousins and cherished nieces and nephews. Bill is predeceased by his mother Margaret, his father-in-law Dominick Vinci, and his beloved son Stephen, whom he is finally reunited with in heaven. Bill was a selfless and caring man who always put his family first, we will love and miss you forever Papa. Family will receive friends on Monday, October 12th, 4-8pm, at TJ McGowan Sons Funeral Home, 71 North Central Highway, Garnerville, NY. Firematic services to be held at 7pm. Masks and social distancing required at the funeral home. Mass of Christian Burial will be held on Tuesday, October 13th, 11am, at St. Peter's Church, Haverstraw, follwed by interment at St. Peter's Cemetery, Route 9W, Haverstraw. In lieu of flowers, donations can be made in William's memory to the American Cancer Society - https://www.cancer.org/involved/donate.html

To send flowers to the family or plant a tree in memory of William Heckett Jr., please visit Tribute Store

Share Your Memory of
William
Upload Your Memory View All Memories
Be the first to upload a memory!
Share A Memory
Send Flowers