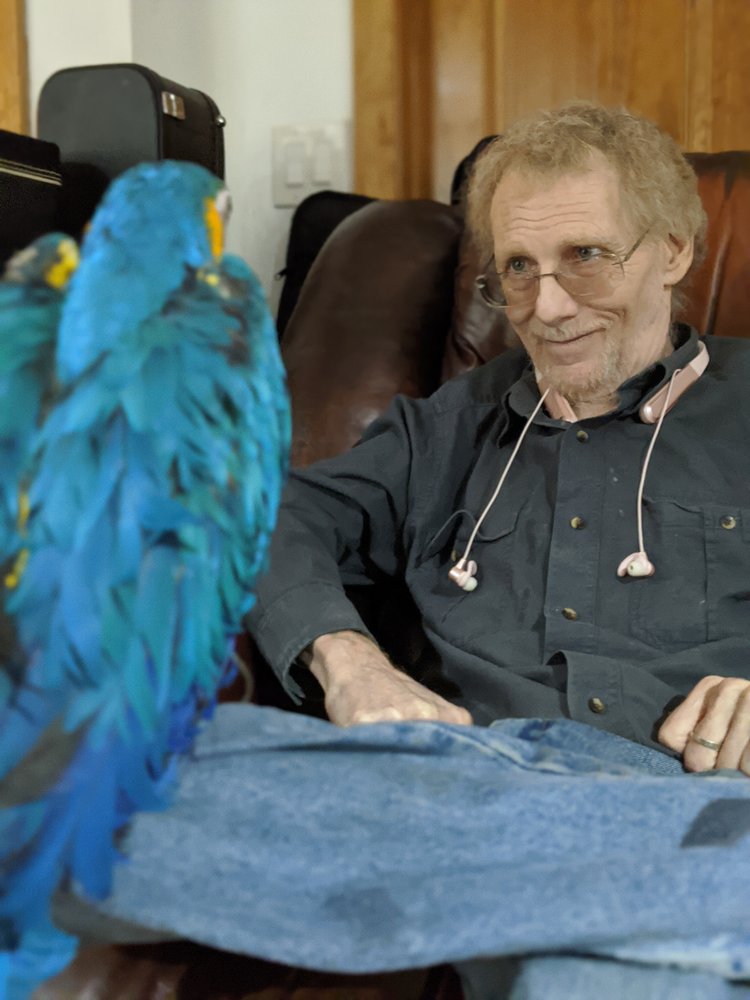 Christopher J. Leighton passed away on August 22, 2020 in Thiells, New York. Mr. Leighton was born on June 8, 1953 in Bronx New York, the first of three sons of Louise and Walter Bellman. He graduated from Broad Run High School (Ashburn, VA) in 1971 and studied psychology and music at Drake University in Des Moines, IA. An accomplished guitarist, singer and composer, Mr. Leighton spent numerous years traveling the country as a member of a touring band. He also has written and performed on a number of CD recordings including “Fusion Dreams.” He has done work in IT, electronics and worked as a business partner in the contracting and architectural firm of his wife Lidia Wusatowska. He was known for his work repairing and rebuilding guitars. He also had a passion for collecting and dealing in a wide variety of antique objects, an avocation which occupied his retirement years. Pet birds have had a central role in Christopher’s life; Rico (macaw), General (goffins cockatoo), and Bugsy (Amazon) were much loved and skillfully trained. One never knew quite what sounds or behaviors might by displayed by these avian friends when visiting Christopher.  Leighton was widowed from Lidia Wusatowska in 2009. He is survived by Partner Luz Hoffman, brother David Bellman (Ingrid Fischer) of Indianapolis, IN, brother Charles Bellman of Sterling, VA and niece Lilly Bellman, MD (Tim Barribeau) of Emeryville, CA. Funeral arrangements are being handled by TJ McGowan Funeral Home in Haverstraw, NY. Due to the current pandemic, a Memorial Celebration of Christopher Leighton’s life will be held at a later date. In lieu of flowers, contributions can be made in his memory to the Wounded Warrior Project or to an animal welfare charity of your choice.

To send flowers to the family or plant a tree in memory of Christopher Leighton, please visit Tribute Store

Share Your Memory of
Christopher
Upload Your Memory View All Memories
Be the first to upload a memory!
Share A Memory
Send Flowers