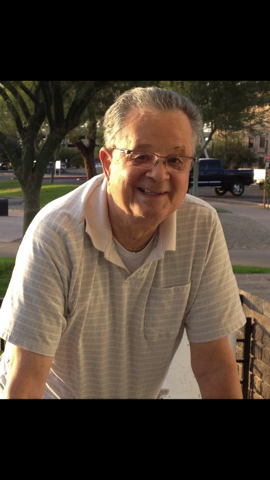 Vic was born on October 1, 1930 in Vieques, Puerto Rico to Ventura & Carmen (Rivera) Llanos. He was drafted into the U.S. army in 1951, proudly serving his country during the Korean War. Vic was married to the love of his life Anna Marie  Farrulla in 1954 and they enjoyed nearly 40 years of a blessed marriage before her death in 1995. Vic  worked for the New York Life Insurance Company, receiving a commendation for over 60 years of employment excellence.. He was an optimistic Met fan and daily subscriber to the NY Post. Vic enjoyed coaching in the Ramapo Basketball Association for four years in the mid-1970’s, and proudly guided the team to two league championships. Vic is survived by his two sons Michael and his wife Elaine Llanos of Montebello, NY;  Richard Llanos of Newburgh, NY; his cherished grandchildren Allison & Richard; his step grandchildren Julie & Alex; his adored great grandchildren Bryce & Quinn; and a brother Henry and his wife Pauline of Florida.

Vic will be remembered for relentless humor, love of his family, real interest in others' well-being, and the ability to tell quite an embellished story. In Lieu of flowers, donations in Vic’s honor to thank Hospice caregivers may be made to:

To send flowers to the family or plant a tree in memory of Ventura Llanos, please visit Tribute Store
Friday
15
November

Share Your Memory of
Ventura
Upload Your Memory View All Memories
Be the first to upload a memory!
Share A Memory
Send Flowers