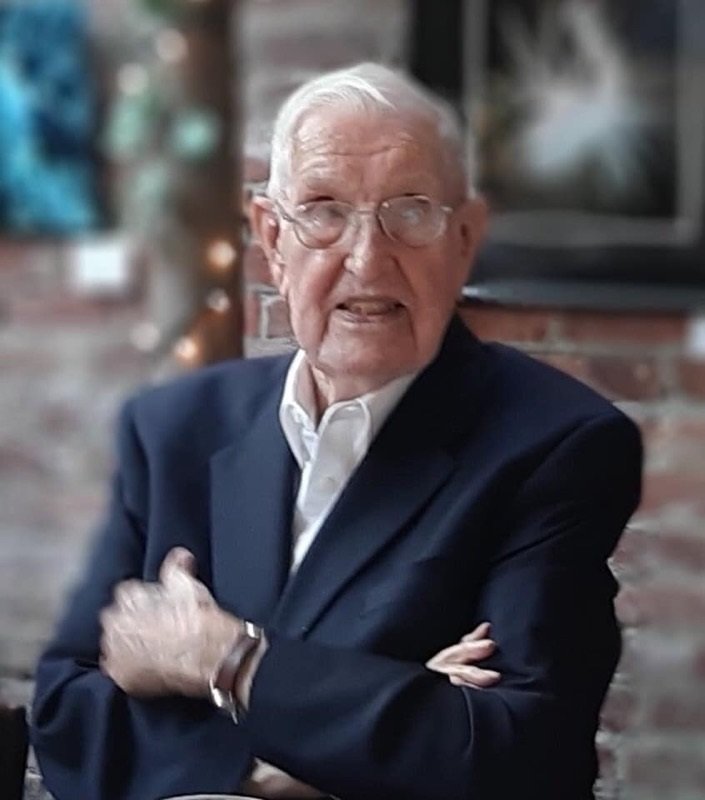 Joseph P. Gordon of Haverstraw and Yulan, New York passed away peacefully on Sunday, October 13, 2019 with his loving family by his side.

Joe was born on June 23, 1927 to Mary and Harry Gordon in Haverstraw, and graduated from Haverstraw High School in the spring of 1945.

Joe was a lifelong congregant of St. Peter’s parish in Haverstraw, New York and was a World War Two veteran of the United States Navy and was deployed on the USS Princeton CV 37 in June of 1945. Joe was a 69-year member of the General Warren Emergency Company #2 and served as Chief of the Haverstraw Fire Department from 1964-1966.

A lifelong Democrat, Joe served as a trustee of the Village of Haverstraw, and was Village Police Commissioner. Joe was a member of the Haverstraw-Stony Point School Board serving as trustee for 2 terms and was a trustee of the Rockland County Board of Cooperative Educational Services for 2 terms. Joe was a 70-year member, 3rd Degree Knight of Columbus, a Trustee of St. Peter’s Church, a Life member of both Hudson Valley and Rockland County Volunteer Firefighters’ Association and a charter member of the Haverstraw Ambulance Corps. Joe was employed by the New York Bituminous Products Company of Chester, New York for over 30 years before retiring in 1990. Joe was an Honorary Member of both the Rockland and Orange County Highway Superintendents Associations. Joe spent many years with the Haverstraw Garden Club beautifying downtown Haverstraw and spent winters in North Fort Myers, Florida and traveled extensively after his retirement.

Joe was predeceased by his wife Lucy (nee Mulligan) in May 1989 and is survived by his daughter Mary Ellen and husband Scott Tetreault of Brooklyn, Conn, his daughter Barbara and husband Andrew Connors of Stony Point, NY, son Peter and his wife Debra of Morristown, NJ, daughter Margaret and her husband John Mackey of Middletown, NY, and his son John and his wife Lisa of Haverstraw, NY. Joe had 8 grandchildren and 8 great-grandchildren and had numerous nieces and nephews.

In lieu of flowers, donations may be made in Joseph’s memory to: St. Peter’s Church, 115 Broadway, Haverstraw, New York, 10927.

To send flowers to the family or plant a tree in memory of Joseph Gordon, please visit Tribute Store
Thursday
17
October

Share Your Memory of
Joseph
Upload Your Memory View All Memories
Be the first to upload a memory!
Share A Memory
Send Flowers