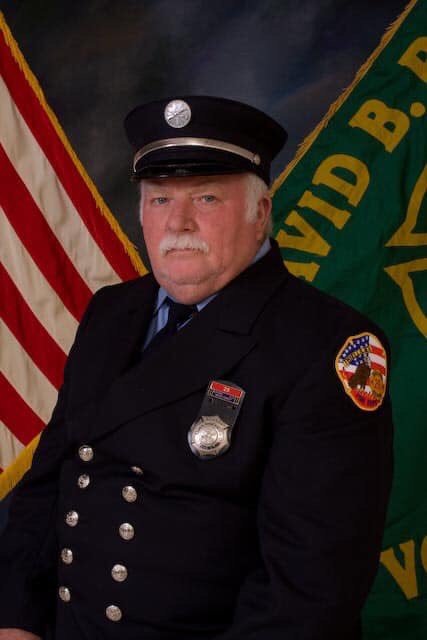 On Tuesday, September 24, 2019, Roger “Bill” Nelson, passed away at the age of 83.
Bill was born on October 8, 1935 in Brooklyn, NY to Roger and Helen (McShane)
Nelson. He was raised in the Heights of New York and joined the US Marine Corp in
1953, where he served until 1956. He met Ethel Flanagan from Inwood, NY and they
were married at Our Lady Queen of Marty Church in 1959. Bill and Ethel moved from
Inwood to Rockland County in 1963 where they raised their two daughters, Debbie and
Donna. Bill served as a life-time member of the David B. Roche Fire Department and
was very active in the community. After retiring from M.A.B.S.T.O.A in 1985, Bill
owned and operated Bee Safe Pest Control.
Bill had a passion for gardening and telling stories of his time in the Marine Corp. He
also had a penchant for finding a great bargain at the flea market and garage sales where
he would often be the first person to arrive. Bill was courageous throughout his battle
with cancer. His strength and positivity were an inspiration to all who were lucky enough
to be part of his life. He was known for his quick wit, humor, and compassionate spirit.
Bill is survived by his devoted wife of 60 years Ethel, his loving daughters and son-in-
laws Debbie and John Trotta, Donna and John Peterson, his grandchildren, John (Lauren)
Trotta, Jenna (Amit) Sinha, Christine (Andrew) DelPrete, Jacqueline Peterson, Travis
Peterson, his three great-grandsons, Ryan Sinha, Jack Sinha and James DelPrete who he
adored. Bill is also survived by sister Gertrude Amato and brother Robert Nelson. He is
preceded by his parents and sister Patsy Lehnert.
The family would like to thank Hospice of Rockland County for their loving care during
this difficult time. A special thanks to Evelyn, Anna, Pat, Jennifer, and Levretta.

The family will recieve friends and relatives on Friday Sept. 27th from 3-9 PM at the TJ McGowan Sons Funeral Home 71 N. Central Highway Garnerville, NY 10923. A mass of christian burial will be celebrated for Roger on Sat Sept. 28th at 10AM at St. Peters Church in Haverstraw with Interment to follow in the FW. Loescher Veterans Cemetery in New Hempstead, NY.

To send flowers to the family or plant a tree in memory of Roger Nelson Jr., please visit Tribute Store
Friday
27
September