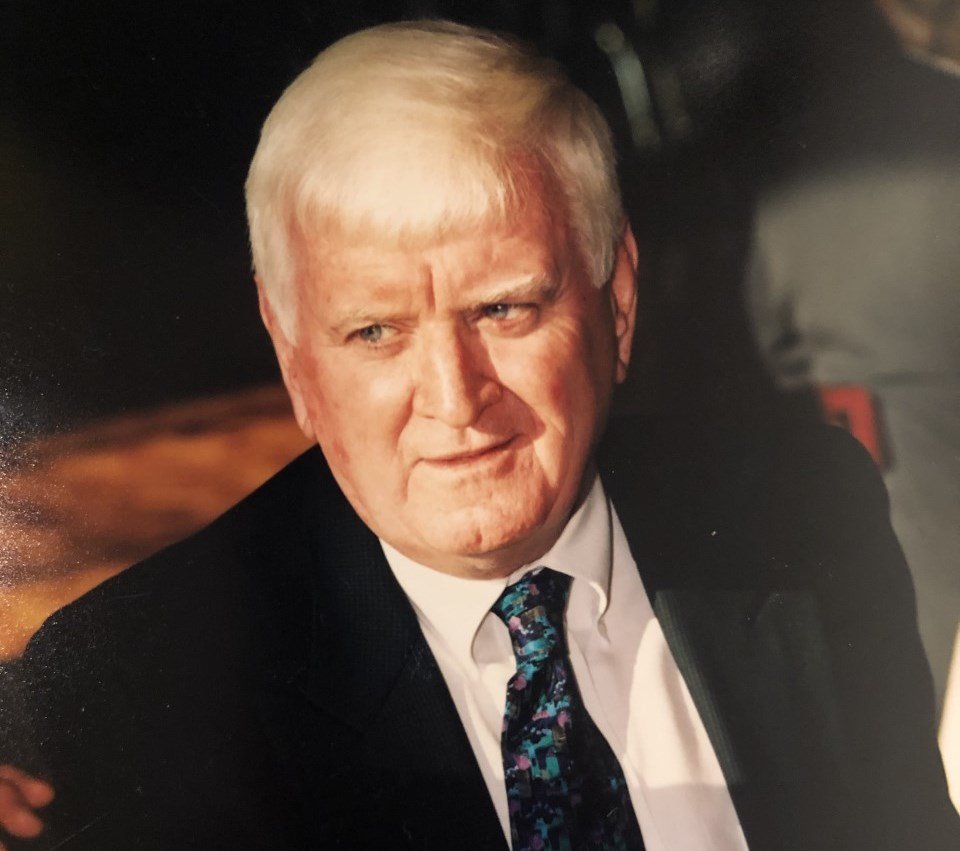 John M.  Donovan, age 84, born March 27, 1935 passed away peacefully while watching the Yankees on July 24, 2019. John was raised in the Bronx by his parents John J. and Beatrice (nee McCann) Donovan with his siblings, Mary “Dolly” and Arthur. John graduated from Mount Saint Michael Academy in 1953. He entered his service career with the Merchant Marines and travelled the world. John then joined the New York City Police Department for 10 years. John transferred to the New York City Fire Department.  At FDNY Engine 75 Ladder 33, also known as “The Animal House”. John found his love for cooking especially for large crowds.  After retiring, John enjoyed driving a bus for Haverstraw Transit.

John married Kitty (nee Lorigan) in 1967 and began their family in the Bronx.  They moved to Rockland County in 1969 and raised three daughters in Thiells, NY.  John’s service career did not end with FDNY.  John was a supportive father to Colleen and John Mari, Hope and Charles Vanderbilt and Meghan Donovan and Kevin McCarthy.  John was also known as the cool uncle who came to the rescue of all his nieces and nephews, especially Kathleen, Johnny, Jimmy, and Mary Jane.  John’s greatest promotion was when he received the title “Poppy.” John was the biggest fan of Nick, Madison, Faith, and Jack Mari; newlyweds Alex (nee Vanderbilt) and John Piedmonte; and Lincoln, Beckett and Annie McCarthy. Poppy’s famous white hair will be missed on the sidelines of all future games.

John was a founding member, dedicated friend and proud “head chef “at the North Rockland Social Club.  John was also a member of the Elks Lodge in Haverstraw, NY.  John was an avid NY Yankees and NY Giants fan.  He especially enjoyed attending Super Bowl XXI at the Rose Bowl in Pasadena, California. John made connections with anyone he met through his vast knowledge of history, sports and current events.  John left a legacy that a warrior’s greatest weapons are a huge heart and quick sense of humor.

The family will receive friends and family on Friday July 26th from 2-4 and 6-9 at T.J. McGowan and Sons Funeral Home, 71 N. Central Highway Garnerville, NY.  A mass of Christian Burial will be celebrated for John Saturday July 27th at 10:00 a.m. at St Gregory Barbarigo Church in Garnerville, NY.  In lieu of flowers, donations can be made in John’s memory to the Steven Siller Tunnel to Towers Foundation, 2361 Hylan Boulevard, Staten Island, New York 10306

To send flowers to the family or plant a tree in memory of John Donovan, please visit Tribute Store
Friday
26
July